The Pharaonic Village is like the Colonial Williamsburg of Cairo. It's a living museum where people dress in costumes and try to recreate an ancient Egyptian village. It's a huge tourist trap but I wanted to check it out because their website said they had a children's amusement park.
It's located on a little island on the Nile and is shielded on all sides by papyrus plants. You have to take a boat to get there. 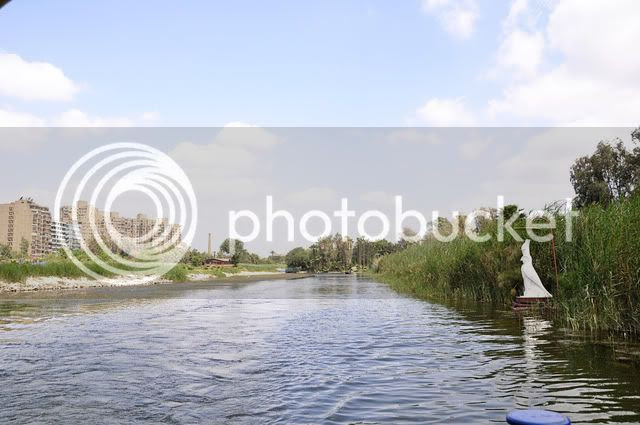 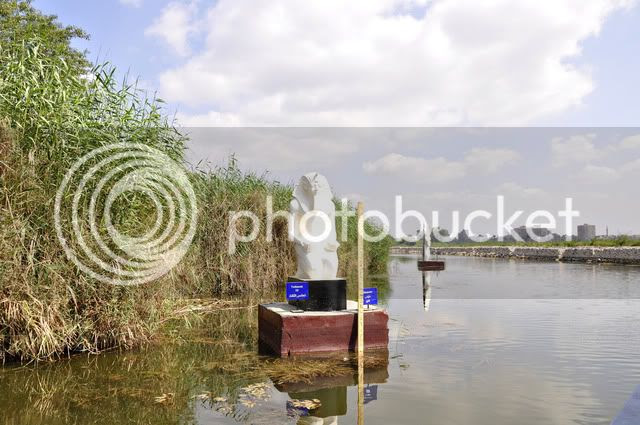 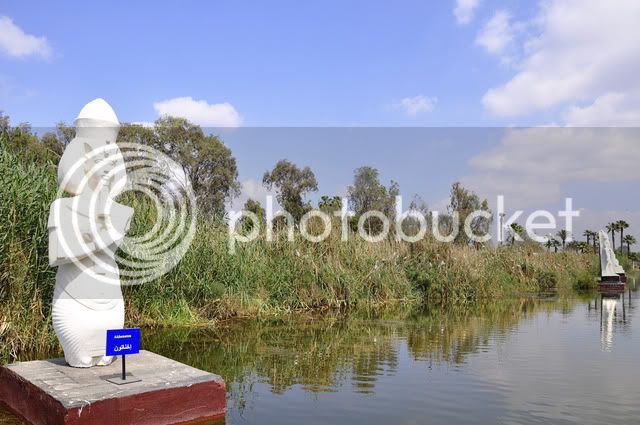 These birds were all over the place. Egrets, heron? I'm not sure. 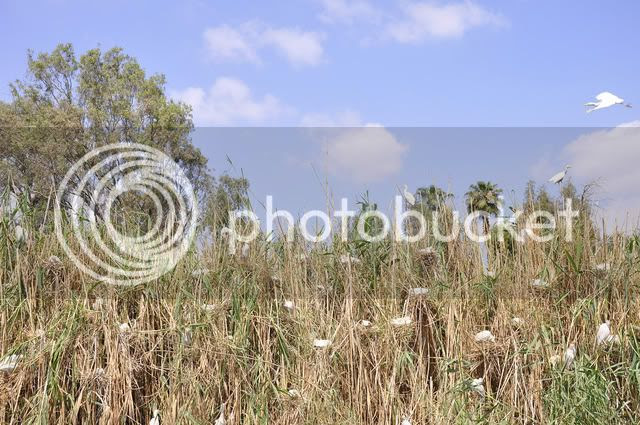 At first, I thought they were pieces of trash caught in the papyrus plants. Nope, just birds. 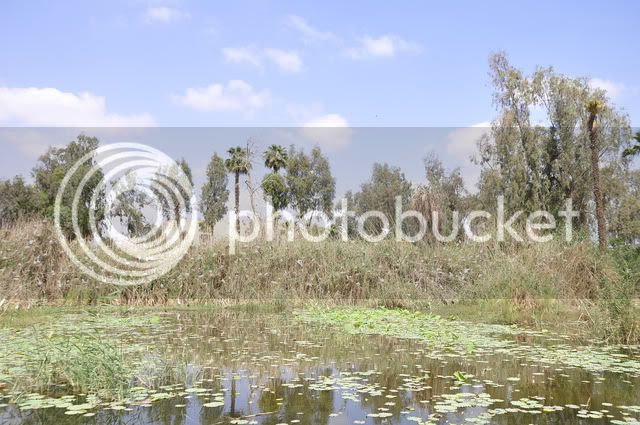 Baby Moses is discovered in the reeds! 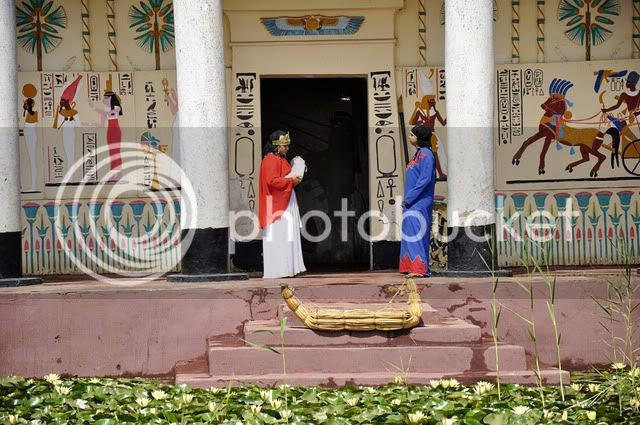 On the left you can see pigeon hutches. In the poorer neighborhoods of modern day Cairo, people still keep pigeon hutches on their roofs. They raise the pigeons to eat and also for sport. 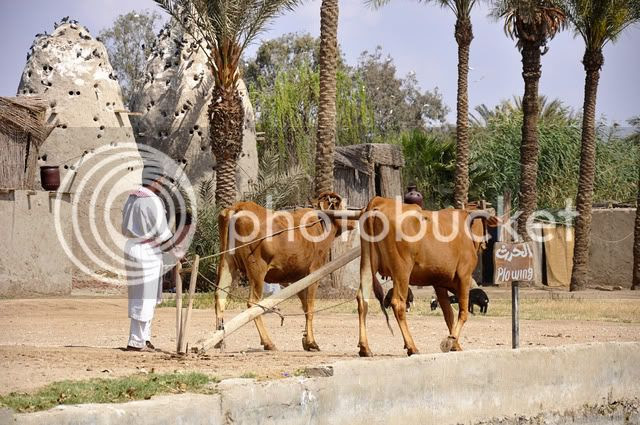 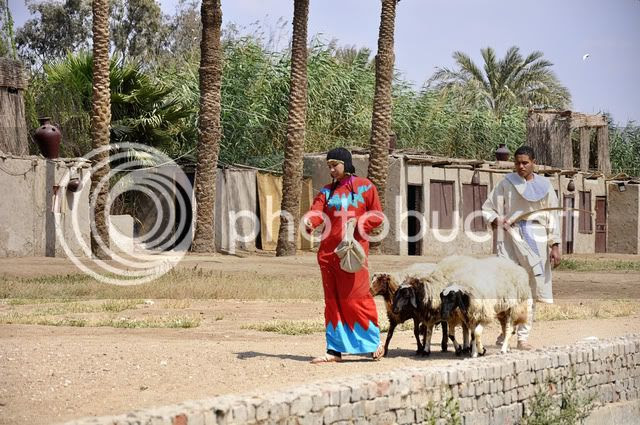 Separating the wheat from the chaff. 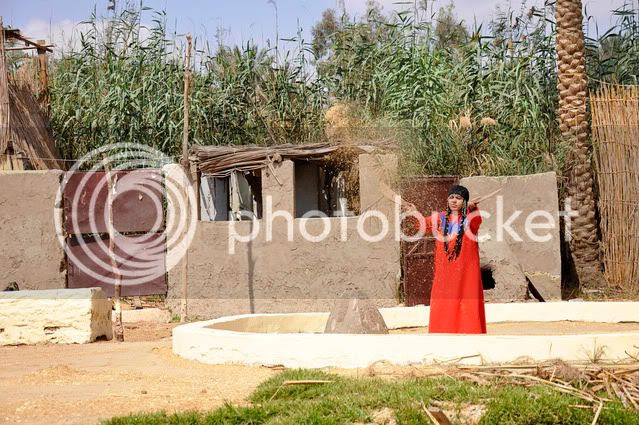 This guy was fishing. Apparently the ancient Egyptians would slap the water with a paddle to scare the fish into their nets. 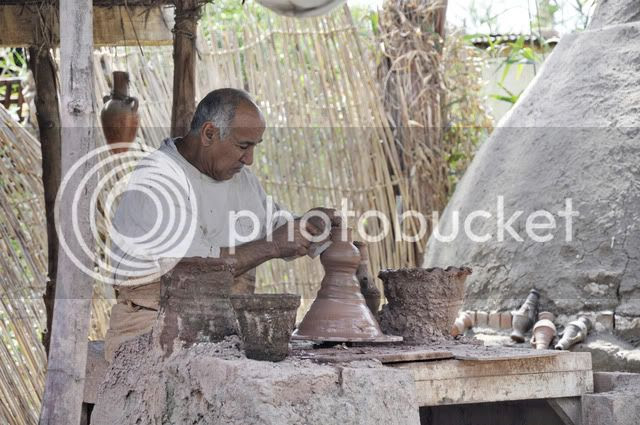 Ike and his adoring fans, this time it was a group of Egyptian school girls. 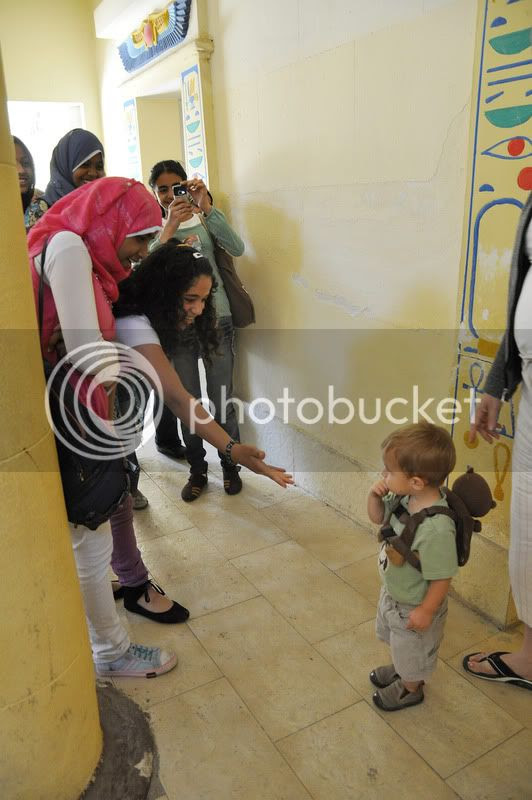 I asked our guide how long the tour was going to take. When she told me "anywhere from 1 to 3 hours," I politely told her that we wouldn't be continuing the tour. She wasn't very happy. Maybe Egyptian children can handle 3 hours of touring fake temples but my kids just wanted to play on the rides. 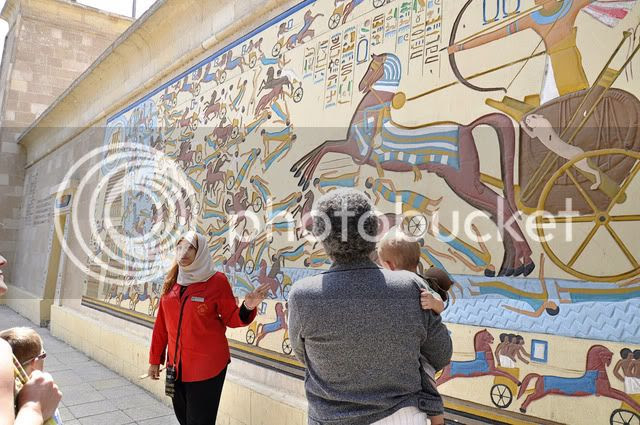 So we headed over to the amusement park where we tried to amuse ourselves without breaking bones or needing stitches. Booker is a pretty daring child, but even he decided not to go down this slide with it's large, gaping hole. 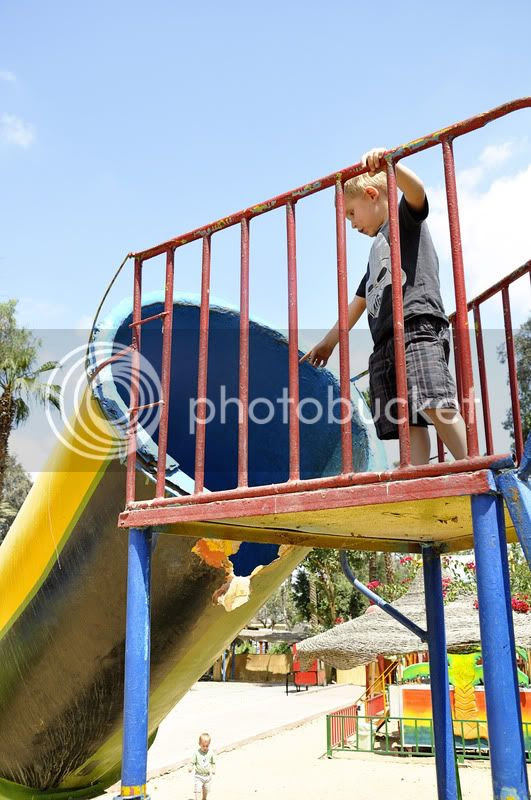 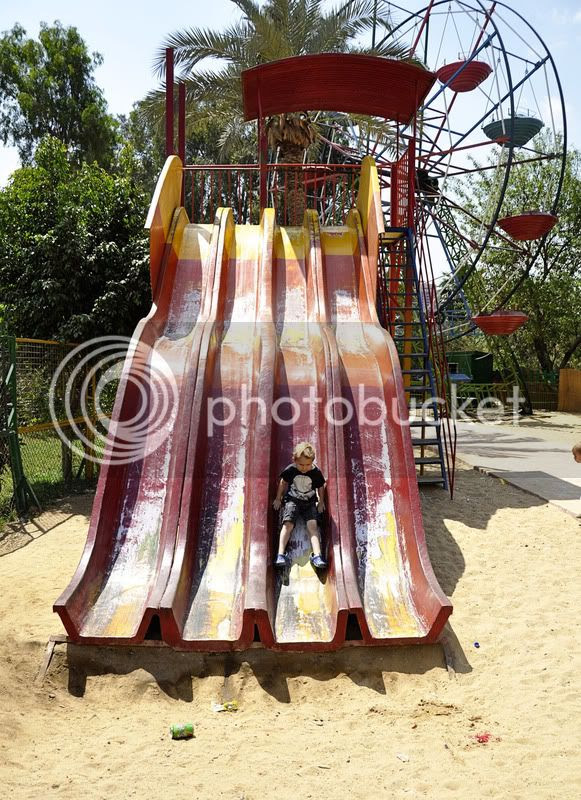 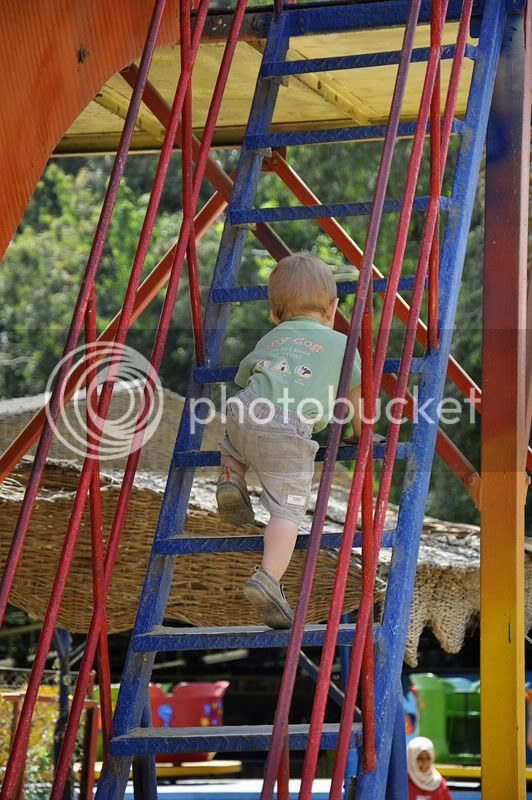 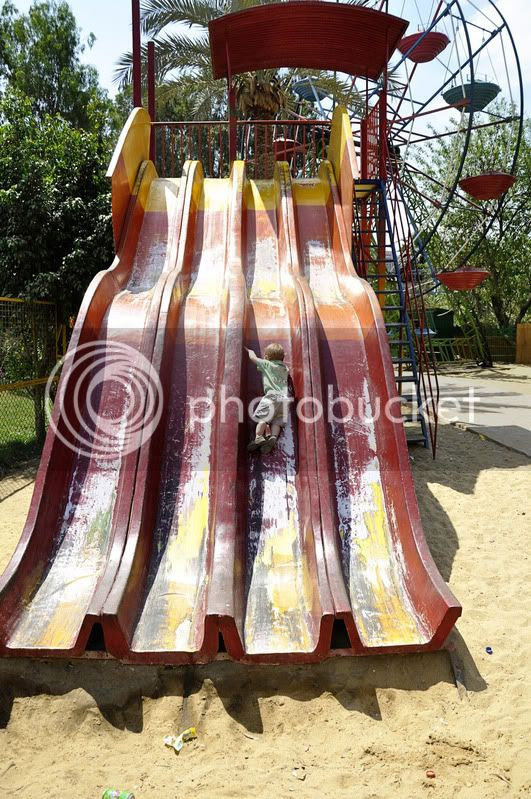 This park had seen better days. 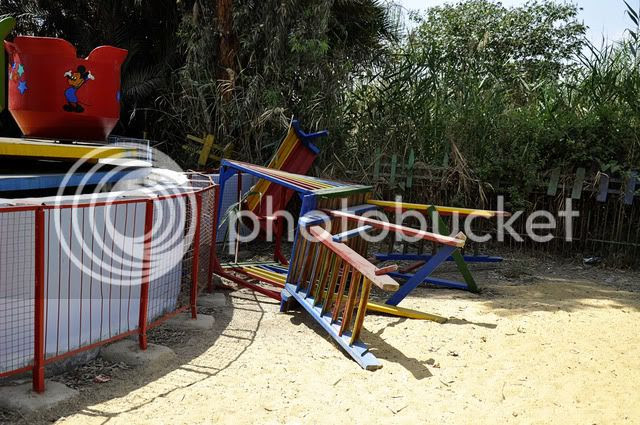 You can't see him, but that's Ike behind the wheel. Mama De is one brave grandma. 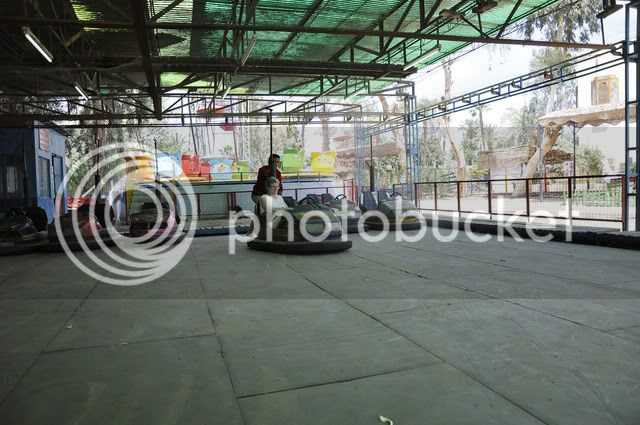 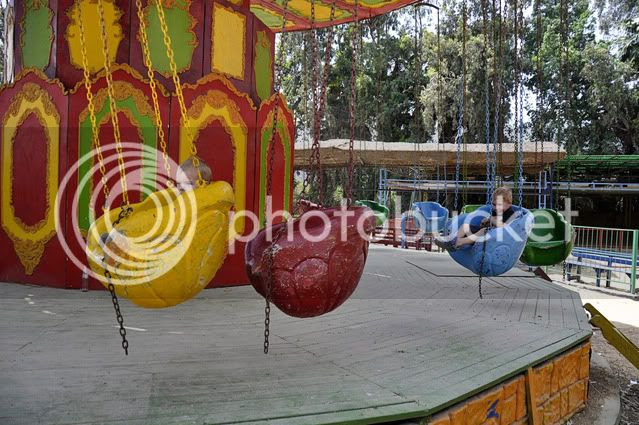 I was quite relieved to discover that the Pharaonic Ball Pit was closed. It looked FILTHY. 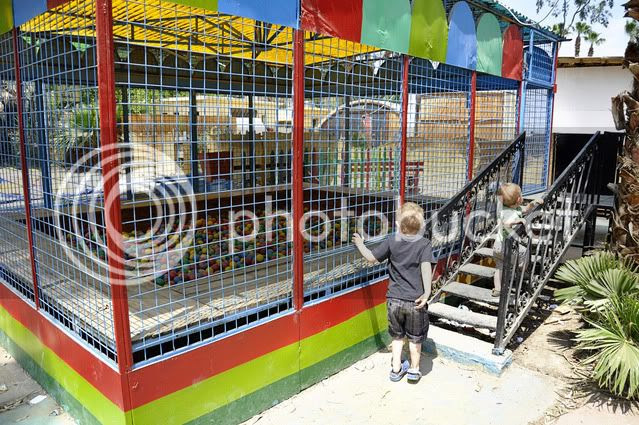 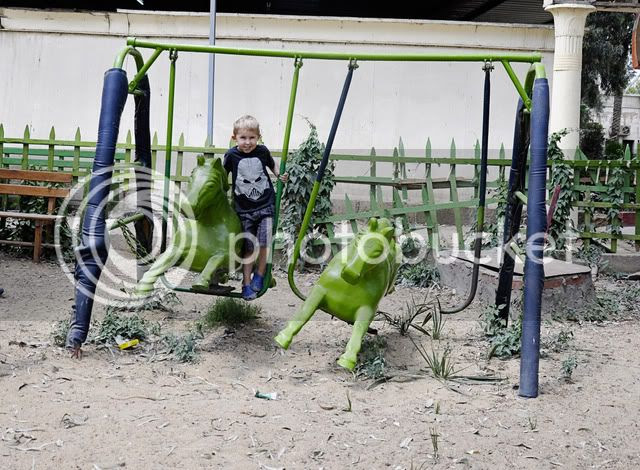 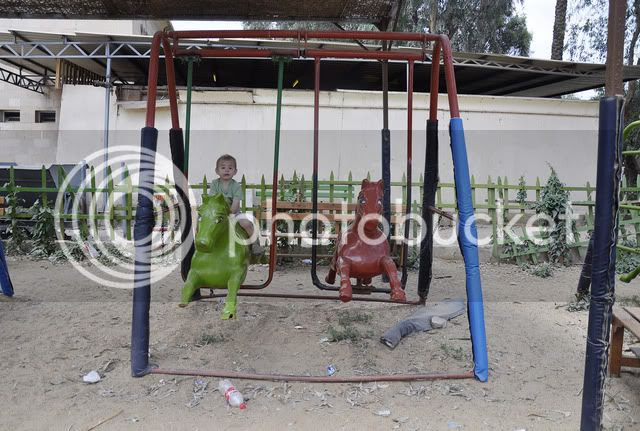 This park was in such disarray. Maybe it looked better back when the pharaoh's children were using it ;) 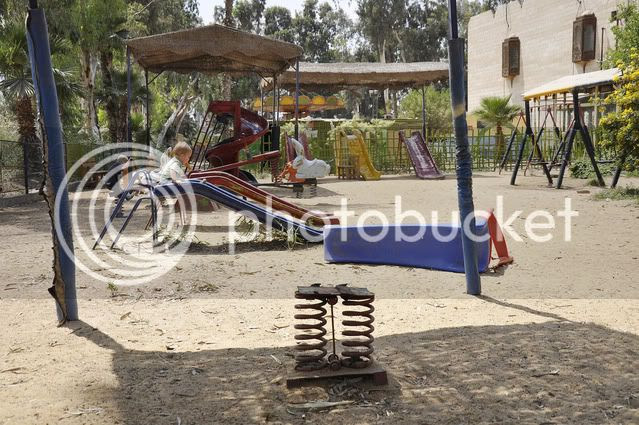 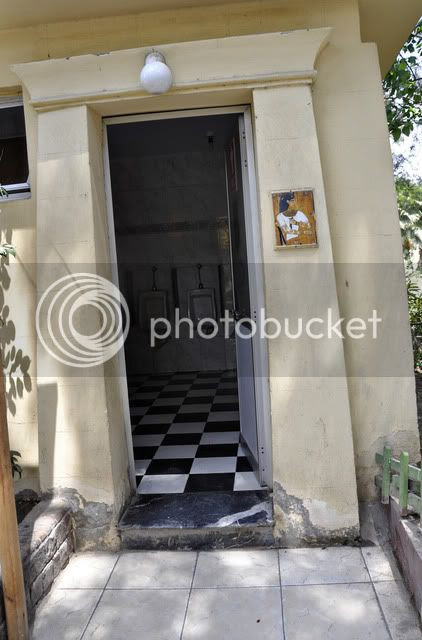 They also had an exact replica of Tutankhamun's tomb. My boys blew through it in search of cold drinks and snacks. Note to self, leave kids at home when I get around to touring the Egyptian Museum. 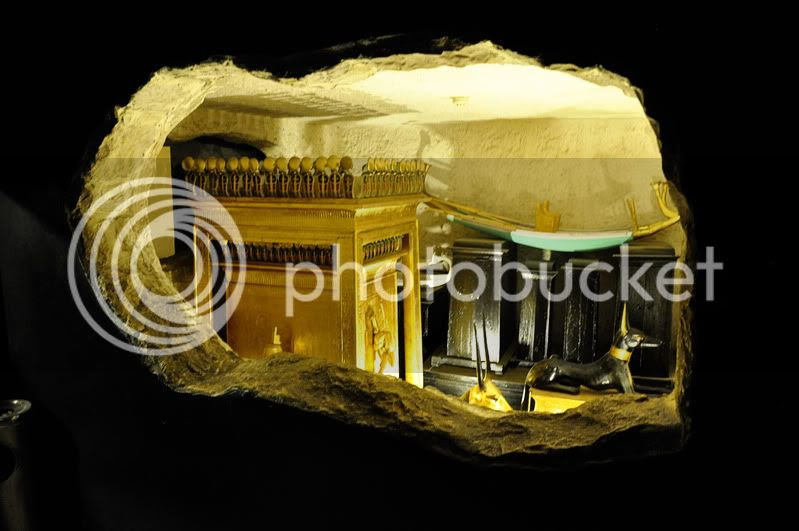 Booker finally got one. Look at that dirt streaked face. 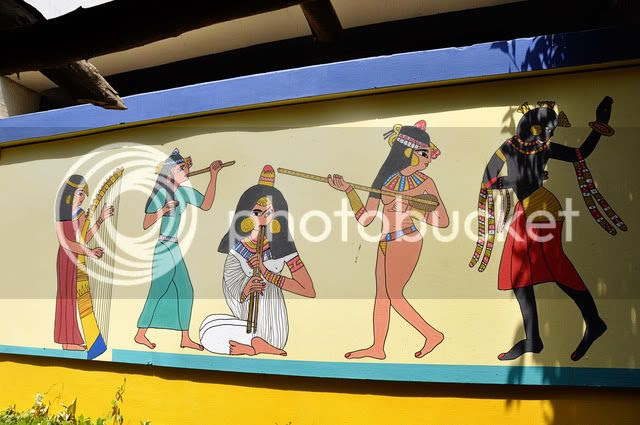 Posted by Margaret Proffitt at 7:27 AM

That amusement park cracks me up! how intersting. Imagine what they think about disneyland. haha.