As much as I loved Coptic Cairo, I think my heart truly belongs in Islamic Cairo. On Friday afternoon we toured some more mosques and mausoleums, starting with the Al-Husayn mosque which dates back to the 12th century. The Al-Husayn mosque is named for the grandson of the Prophet (PBUH). Some believe that Husayn's head is buried on the grounds of the mosque. 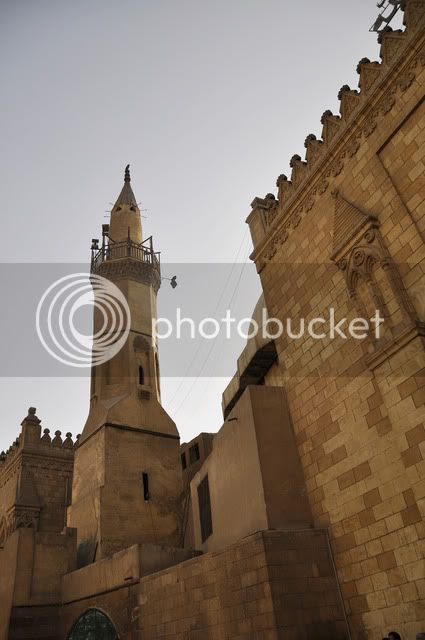 Not a lot of info on this particular mosque, here's what I found:
"The shrine is also still a major pilgrimage center. Men and women enter the tomb chamber through separate doors, the men through one in the mosque sanctuary and the women through one beyond the Bab al-Akdhar. The great silver mashrabiya screen that surrounds the grave was a present from the Bohra Isma'ili brotherhood in India. For the Shiites, Husayn is the supreme Muslim martyr; for the Sunnis he is the beloved grandson of the Prophet. All therefore continue to seek his intercession in many areas of their daily lives." 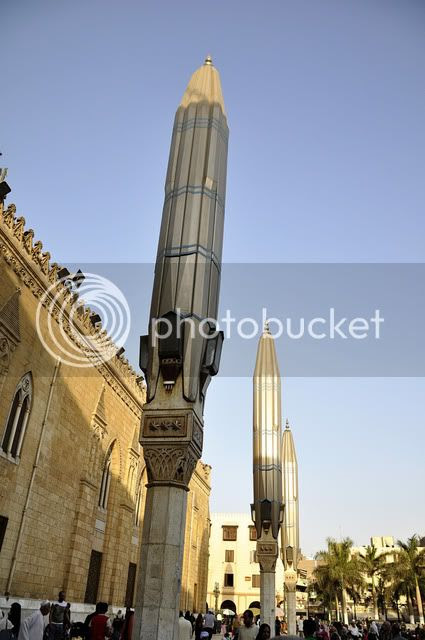 Since it was a Friday afternoon, the place was PACKED. My mom and I fought the crowds and entered through the women's entrance. People were there to pray, to nap and to hang out with their families. 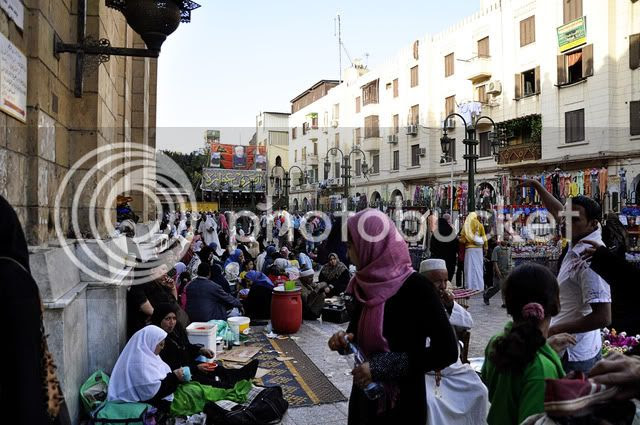 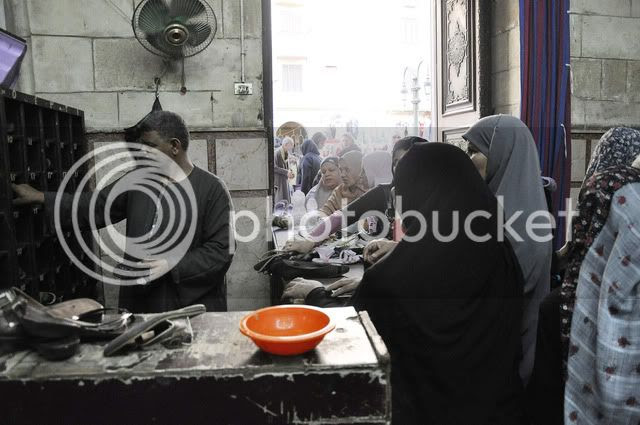 This is the shoe collector guy. Most people were handing him one pound coins as a tip. I handed him a 5 pound note when I entered. When I went to collect my shoes, he wanted more money and wouldn't surrender my flip-flops! For a second I thought I was going to have to walk around Cairo barefoot. After some coaxing, he finally gave me my shoes. 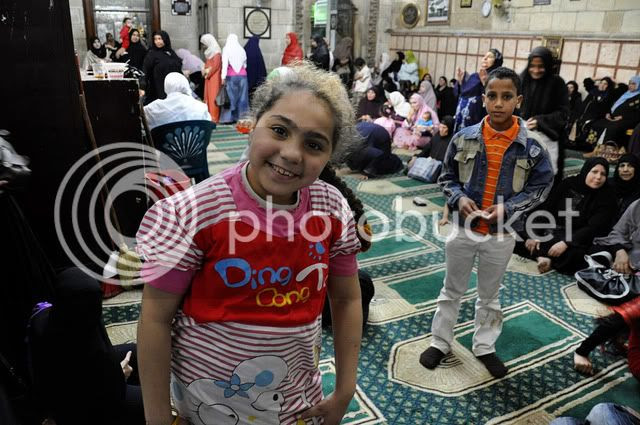 While we were inside this little girl followed me around and asked me to take her picture. She was so pleased when I was able to show her the photos right there on my camera. 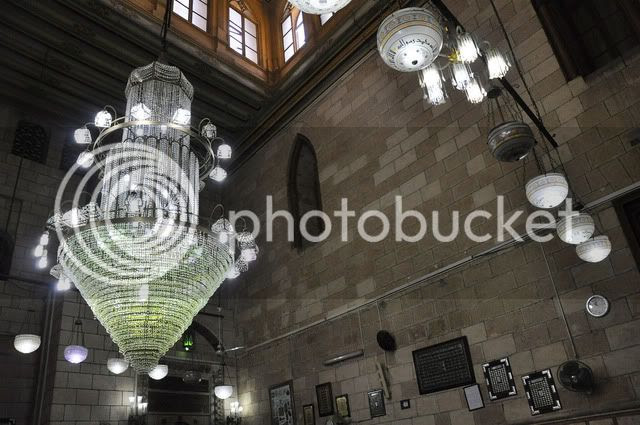 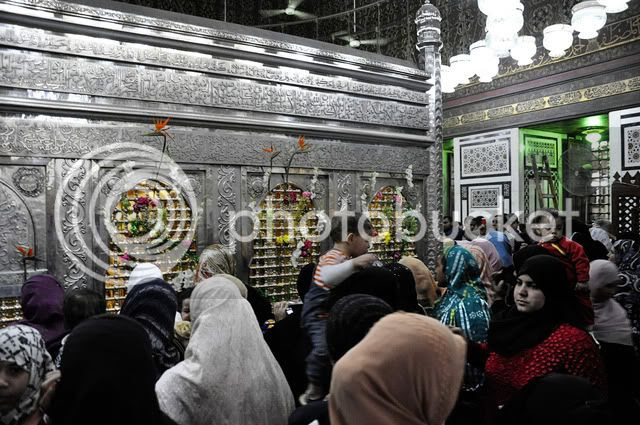 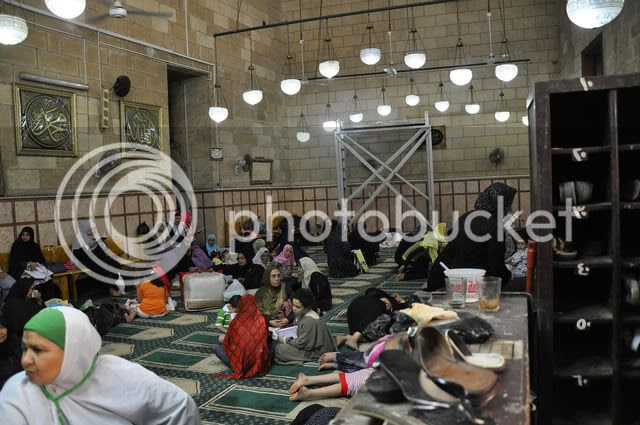 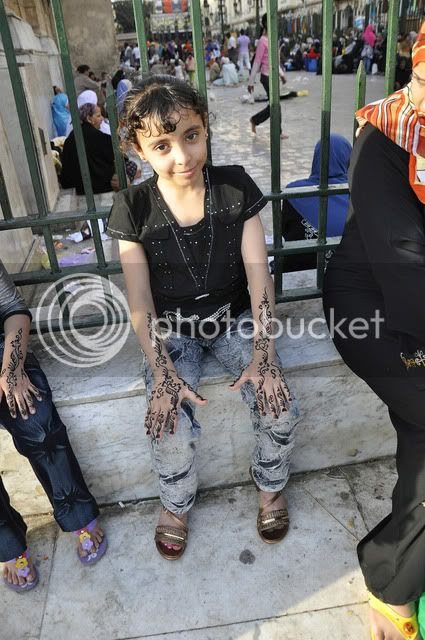 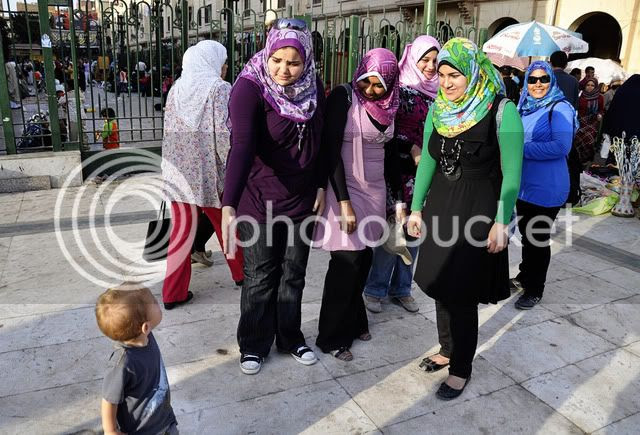 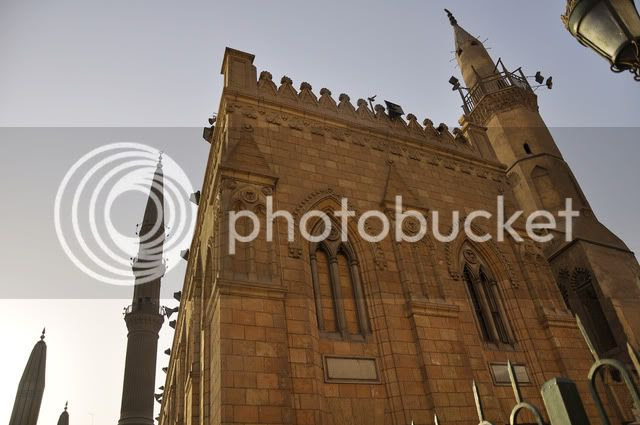 Posted by Margaret Proffitt at 12:29 PM

I love Ike's expression in this last picture. Like, "really does everyone have to pick me up and go crazy about me" How funny.

When I went to this mosque a few years ago I witnessed a screaming match in the women's section, since one old lady was accusing another of worshipping Husayn rather than Allah, and all the women got involved in the fight. It. was. awesome.