Christmas.
That was fun.
Really really fun.
Clark and I got each other the same thing (how embarrassing)- a house! And the boys, they had a blast. Teichert probably would have been happier if I had wrapped up a box of candy canes and gave him those instead of gifts. Booker, on the other hand, loved everything he got- especially the new trampoline. Evidence here. No, he didn't get a rubber duckie (he already has one, a pirate rubber duckie in fact.) Besides, a few weeks ago he changed his story and started asking for a "Star Wars."
We set the trampoline up in the dark on Christmas Eve. It was cold. I had to wear a light jacket and I think I saw my breath at one point. Afterwards we had fun with the camera and a long exposure. I told Clark to make a star and this is what he came up with. Looks like someone failed preschool. Can you believe this guy passed the bar? Yikes :) 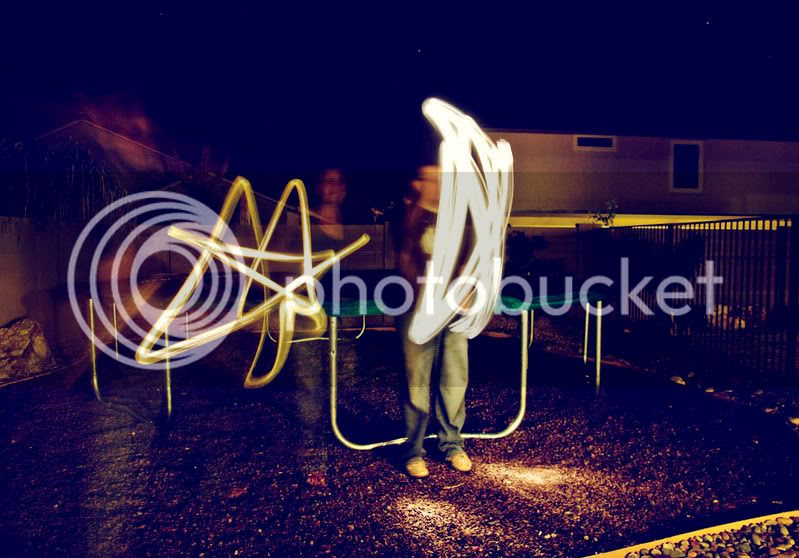 Anyways, Christmas really was magical but I'm sure glad it's over. Now, it's the week of birthdays- Marie's and Clark's. Happy Birthday (today) to my all time favorite sister. Since I dropped the ball and didn't make a photo montage, I'll just have to refer you back to last year's. Watching that really reminds me how much I've loved growing up with you, Marie. Let's grow down together too.
And Clark your birthday isn't until next week, but you're not going to get off that easily. Watching yours reminds me that I'm one incredibly lucky woman. And also, Ike looks just like you!!! Which is perfect because he likes you better anyways. You may not be able to draw stars, but you promised to try and build me a sandbox which is a million times better. Plus the only thing you asked for was a set of chef knives, which seems more like a birthday present for me. Seriously? A husband who ENJOYS cooking? I'll take it. I'll take it for forever and always. Happy Birthday, love!
Posted by Margaret Proffitt at 7:07 PM 2 comments: 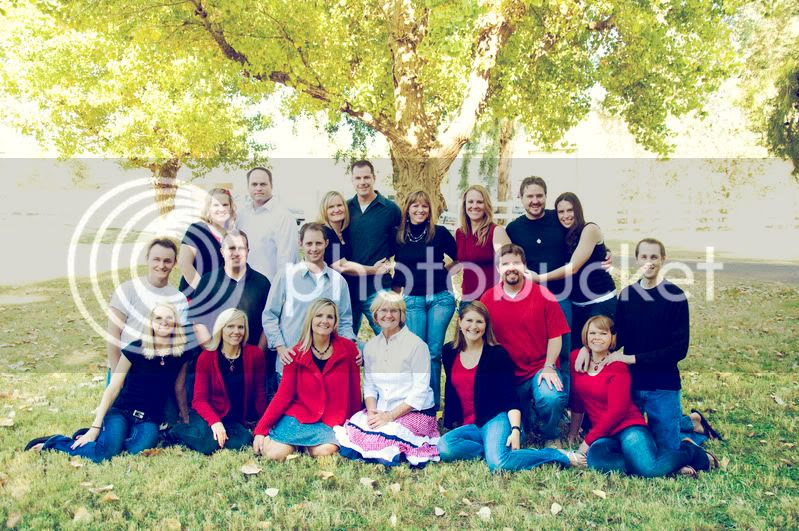 One of my favorite Proffitt Christmas traditions is the Family Yearbook. Every year, each family submits a page that sums up their year. And every year, the bar gets raised higher as each family gets more and more creative. It's gotten to the point that everyone gripes about having to submit a page because every single fun and clever thing has been done already- from comic strips to crossword puzzles to I Spy pages.
With 11 talented families and many years running, there's not a lot of room left to be original. But despite all the complaining and occasional talk of abandoning the tradition all together, everyone usually pulls through and submits a page. And I'm so glad they do, because I really love this tradition. I married into one seriously accomplished and witty family. I'm looking forward to reading their pages almost as much as Booker is looking forward to Christmas morning.
And now I'm going to totally break tradition and reveal my Christmas page early. My friend Carly sent a little quiz about her family with her Christmas card this year and I liked her idea so much that I copied it. Thanks Carly! And a big thank you to my friend Cherise (and her amazing ability to find cool old trucks) for our family photos which I love love love.
Wishing you a very Merry Christmas! 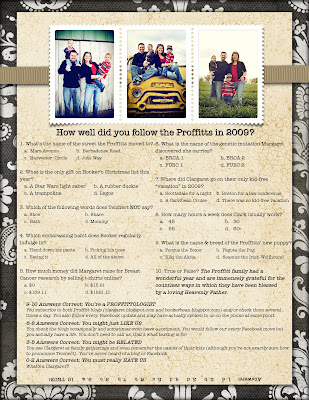 Click to enlarge
Posted by Margaret Proffitt at 12:09 PM 6 comments:

Welcome to our New Neighborhood

Where we bus in our snow for fun and Santa arrives on a tractor. 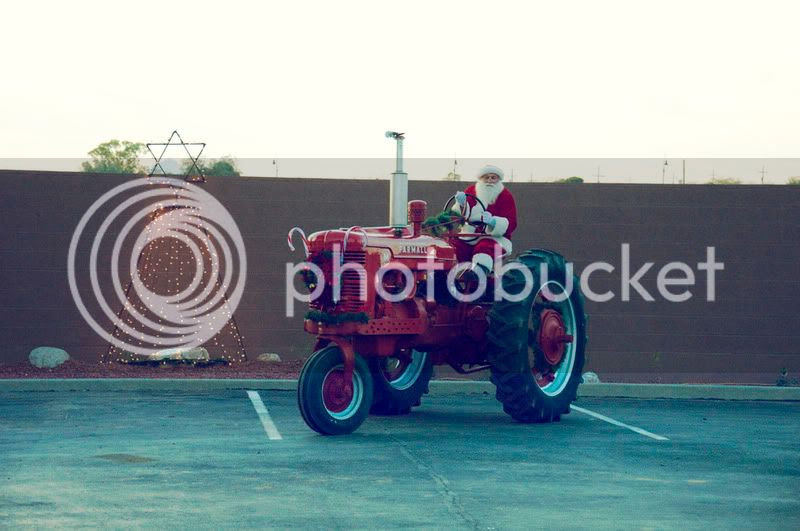 It's that time of year again! Time to make a silly shirt to give to everyone at Clark's office. The patents in the running this year were pretty absurd- one included a tricycle with a lawnmower attachment on the back because well you know... kids, they're cute and all but what can they do?
But the winning patent for the Hayes Soloway 2009 Christmas T-shirt is this little gem (and I believe we have Rob to thank for finding it)...
Pet Display Clothing

Make custom t-shirts at CustomInk.com
For a better view... 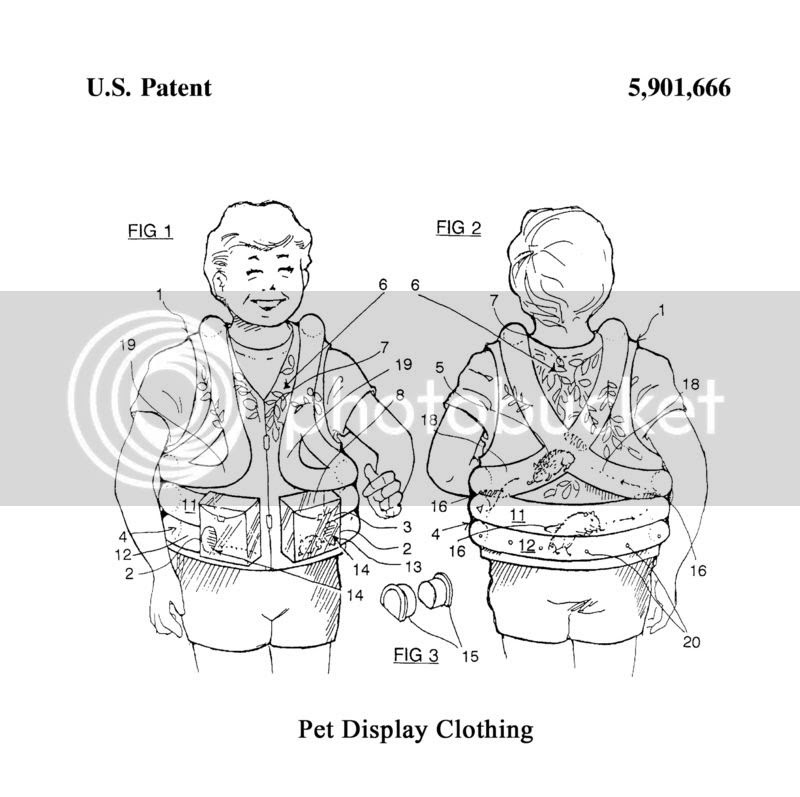 That's right, put your gerbils on proud display every time you leave the house. My favorite part? The huge grin on that man-woman's face. I'd be grinning too if I looked that cool.
Now that's intellectual property worth protecting or at the very least, putting on a t-shirt.
Posted by Margaret Proffitt at 2:23 PM 3 comments: 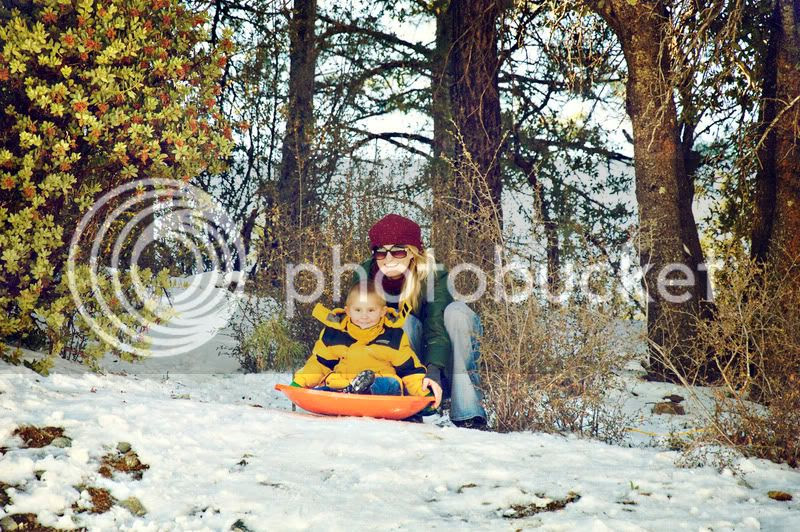 This time of year is crazy, right? Right. Absolute madness around here. But I'm going to take a break from licking envelopes and agonizing what to buy everyone for Christmas to share a few things I've learned:
- Prescott is a winter wonderland right now.
- Three-year-olds LOVE to go sledding. More on that here.
- Boy do I love my sister.
- Having the stomach flu as you drive from Prescott to Tucson really stinks.
- Cameras are not allowed in Kartchner Caverns which is a shame because they are stunning.
- Going to Kartchner Caverns with your photographer Grandpa is embarrassing because he will complain to everyone and everything (including thousand year old bat guano) that you can't take photos.
- It will be fun nonetheless!
Posted by Margaret Proffitt at 2:05 PM 1 comment:

Be Careful what you Blog about...

Because the Arizona Cancer Center will track you down and write you a really nice apologetic email about your single bad experience and offer to rectify the situation. And then you will feel embarrassed about complaining in such a public forum and also a little freaked out. How did they find my blog? Software that scans the net for any mention of their center? A blog reader who moonlights as a janitor at the ACC?
I don't know... but if you choose to be a squeaky wheel, you're going to get greased.
Oh and I called back this morning and got a appointment no problem!
Posted by Margaret Proffitt at 11:26 AM 7 comments:

Guess what? I moved!
And things are hectic and crazy and disorganized and emotional. And all I want to do is go to the zoo with the boys but I can't. I have to unpack and de-clutter and make important decisions about where things will hang on the wall and not cry. There's so much to do... I just don't know where to start. Here's my to-do list in no particular order: 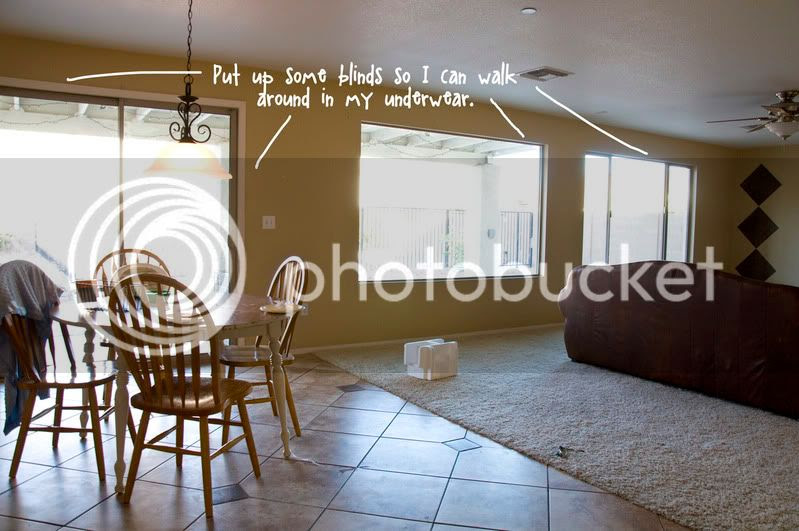 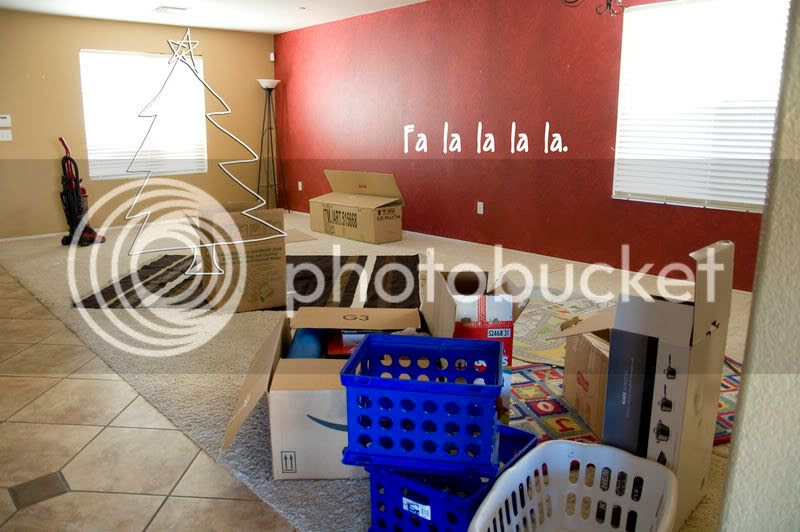 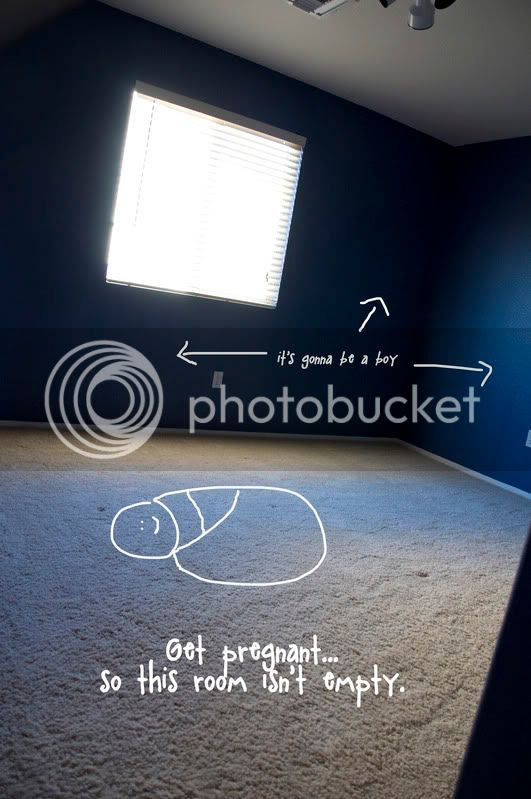 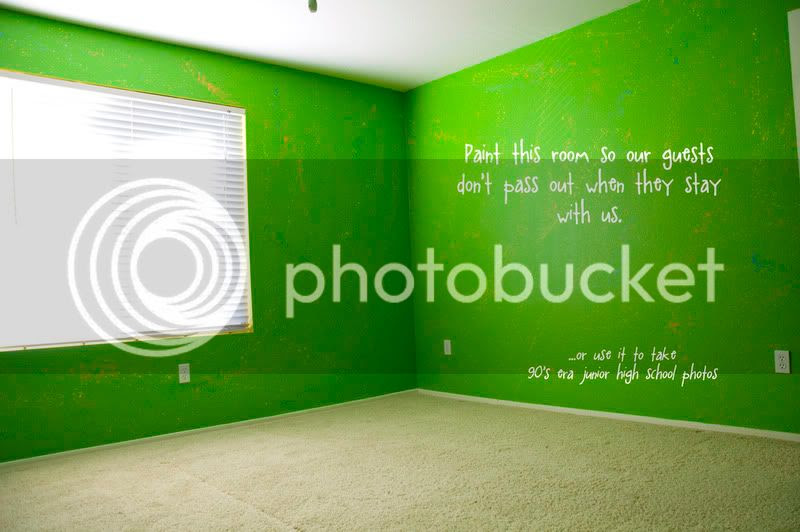 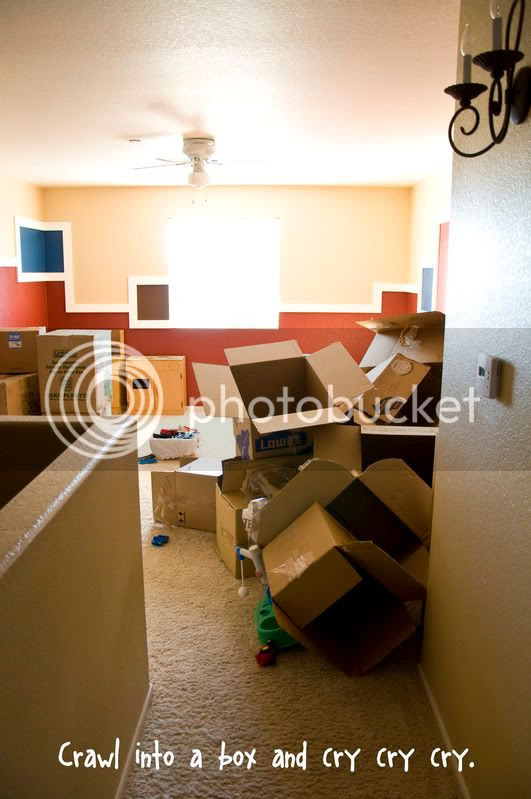 Right now the crawling-into-a-box option is looking good to me. Particularly after this afternoon when I tried to follow up on a referral with a breast oncologist. Here's the phonecall that broke the camel's back:
Me: Hi, my OB/GYN referred me to see Dr. Soandso and I wanted to make an appointment.
Witchy Receptionist: Ok, why are you being seen by Dr. Soandso?
Me: Well, I just found out I have the breast cancer gene and my OB/GYN thought I should see a breast cancer specialist to coordinate all the screening stuff...
WR: You do realize this is the Arizona Cancer Center, right? Dr. Soandso only sees people who actually have cancer. I don't think Dr. Soandso is the right doctor for you to see. Maybe you should check in with your general practitioner or your mailman or something.
ME: FINE! Then I'll come back when I actually HAVE CANCER and kick you in the shins. Really super hard.
Just kidding. I wasn't rude with her even though she spoke to me like I was an idiot and refused to schedule my appointment. Instead I told her I'd have my OB/GYN get in touch with them again to clear things up.
And then I hung up the phone and cried and cried and cried. Mostly because I was worried that she was right. Dr. Soandso probably has more than enough actual cancer patients, she doesn't need some young 25-year-old whining in her ear about a disease she doesn't even have (the receptionist actually said, "you're only 25, why are you worrying about this?")
Then I stopped crying and realized one thing.
That witchy receptionist is an idiot.
The National Health Institute guidelines recommend that BRCA carriers begin screening at age 25. I'm young, but not too young to start. They also recommend that the screening be done at a facility that has a breast MRI machine. Something that I doubt exists at my general practitioner's office. (Plus, I don't even have a general practitioner.)
I'm pretty sure the Arizona Cancer Center sees non-cancer patients all the time. In fact, they have an entire High Risk Program within their breast cancer clinic. Maybe Dr. Soandso won't end up being the doctor who manages my screening but she was who I was referred to and all I wanted was an appointment. Instead I came away feeling like a total hypochondriac, something I'm constantly worried about.
So today I was reminded of lots of things I don't have...
I don't have blinds on my windows. I don't have plans to make dinner (sorry, Clark). I don't have furniture to fill my empty rooms. But guess what? I DON'T HAVE CANCER! And even though that means I'll have to fight to get appointments with "actual cancer" specialists and even though it means I'll constantly be explaining myself and feeling silly and insecure, that's okay. It's fantastic even. I'd rather be a BRCA carrier than an idiot witchy receptionist.
Posted by Margaret Proffitt at 3:20 PM 7 comments: