After Saqqara, we headed even farther south to Dahshur. We saw two pyramids at the Dahshur necropolis, the Red Pyramid and the Bent Pyramid. 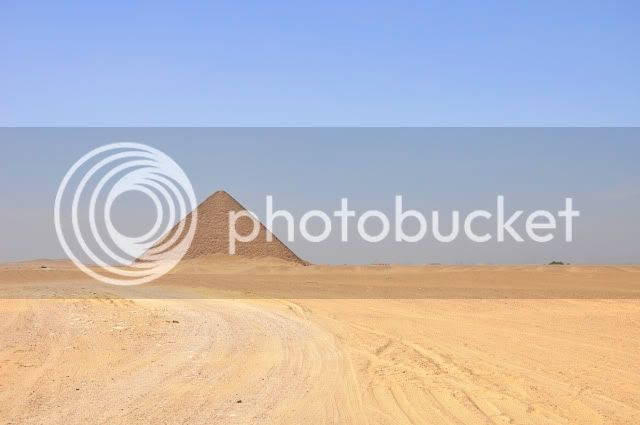 The Red Pyramid is named because of the reddish hue of it's stones. It's the third largest pyramid in Egypt. And we got to go inside! 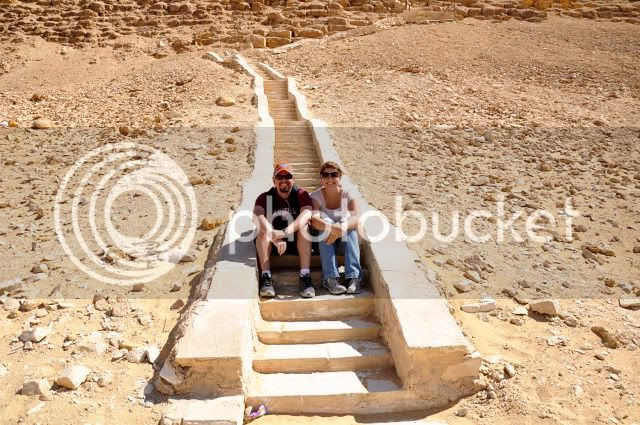 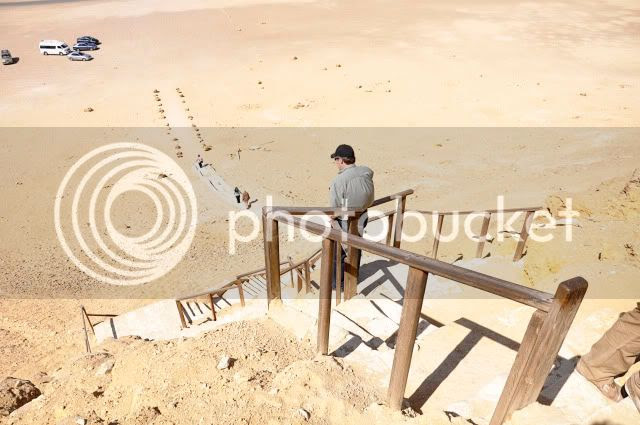 Dad taking a call at the Red Pyramid. 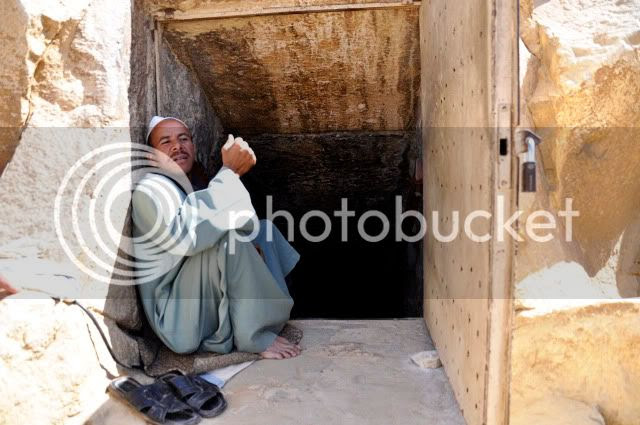 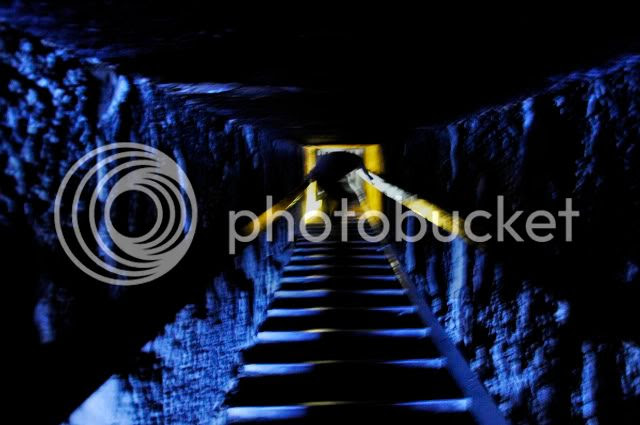 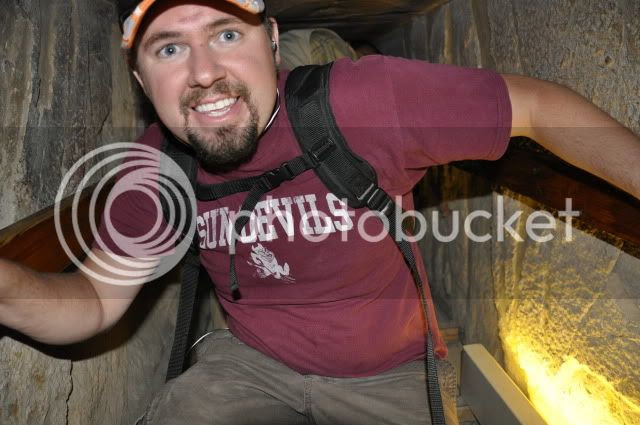 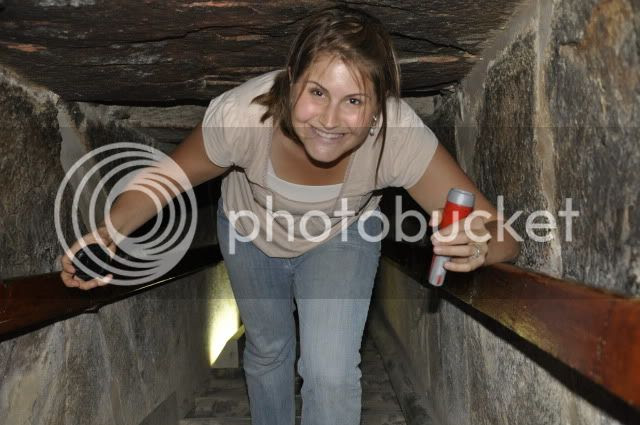 It's a miracle I've never lost my lens cap. 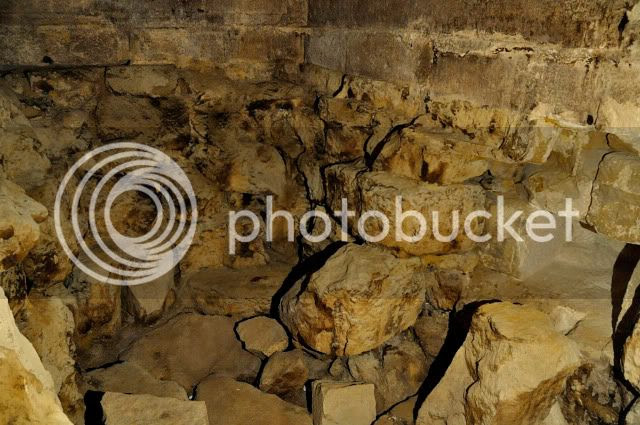 Here's the inside of the chamber. The smell. Oh, the smell. It was horrendous. It smelt like someone had peed in a Windex bottle and sprayed the entire room with it. Apparently, there's a pretty big build up of ammonia in there. You can't stay longer than a couple of minutes... or you'll want to die. 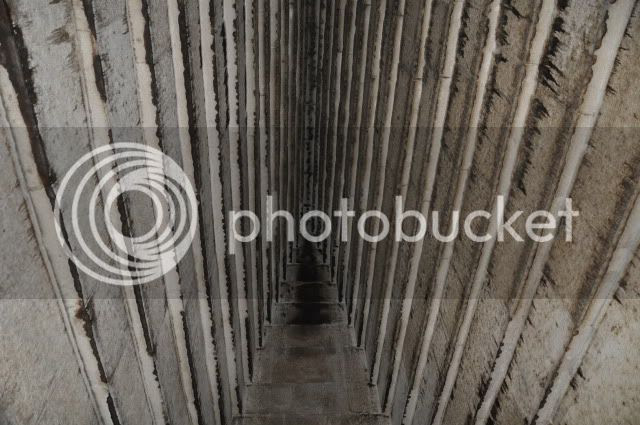 A view of the corbelled ceiling.
Here's a video of us climbing out of the Red Pyramid. If you're even mildly claustrophobic, climbing into pyramids is not for you. Also, if you're super out of shape, then climbing into pyramids is not for you. I was pretty winded when I got out.
After the Red Pyramid, we headed over to the nearby Bent Pyramid. There are a couple of theories as to why this pyramid is "bent." Some say it began to show signs of weakness during construction, so they changed the angle. Another theory is that they had to speed up production because Sneferu's death was nearing and it needed to be done in time for his burial. So the Bent Pyramid is either a monument to poor planning or unexpected mortality. 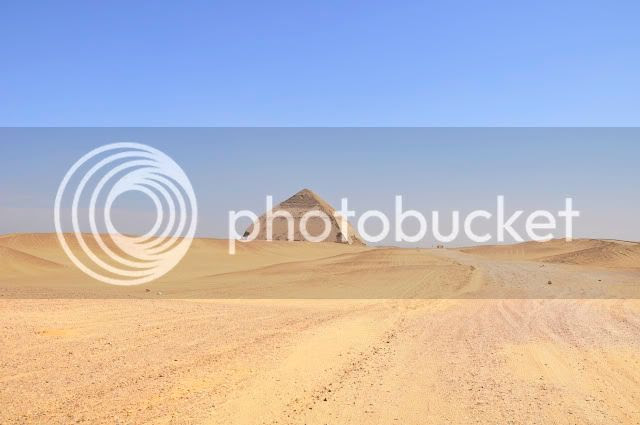 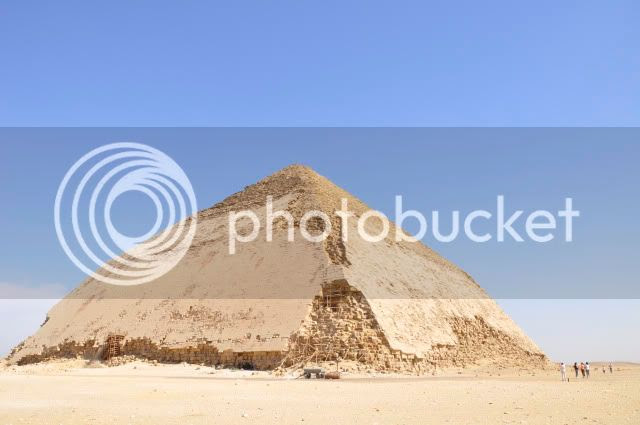 Unlike the other pyramids we saw, the Bent Pyramid still has it's casing intact (the rocks that make it smooth-sided instead of step-sided). Under the Islamic rulers, the casing stones from many of the pyramids were ransacked and used to build Islamic monuments... like Al-Azhar mosque. 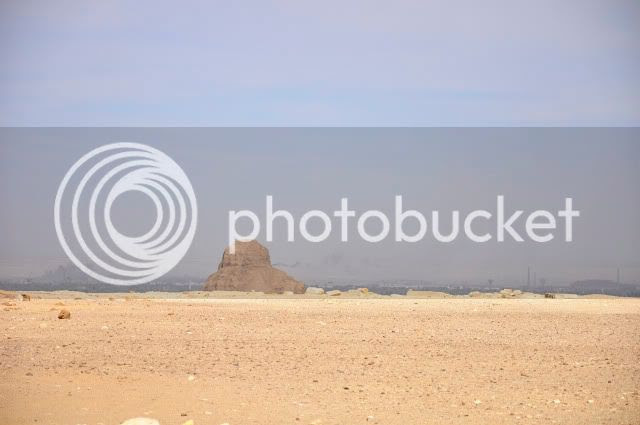 Off in the distance, you can see the Black Pyramid. A Middle Kingdom Pharaoh tried to built a pyramid but he lacked the resources and technology. He also built it too close to the Nile (he was trying to save money). FAIL. It's interesting that this pyramid was built centuries after the pyramids at Giza. 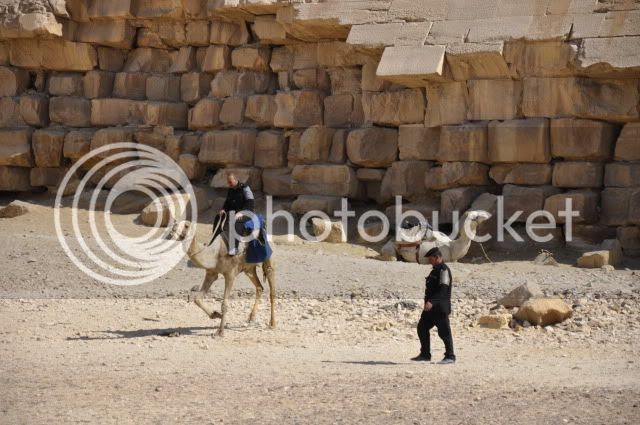 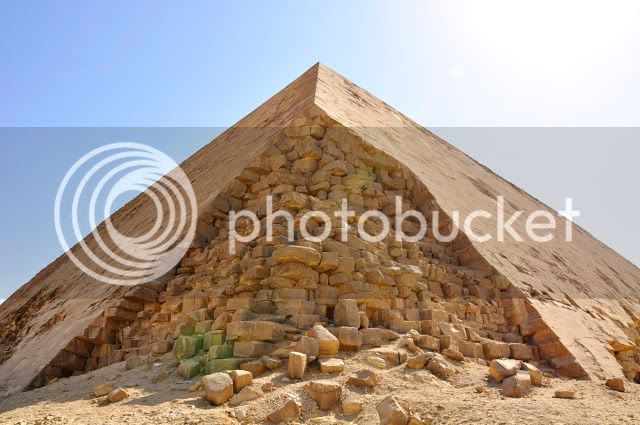 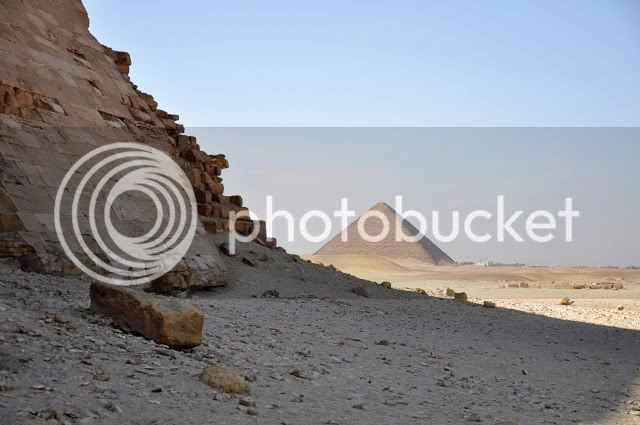 The Red Pyramid as seen from the Bent Pyramid.

I almost had a panic attack watching your video. I had a flashback of Dad trying to go in one! Ha ha, talk about "mildly claustrophobic."