The Cairo Zoo is unlike any other zoo I've been to. If you have time, you ought to read this story. If not, all you really need to know is that the Cairo Zoo has been expelled from the World Association of Zoos and Aquariums. 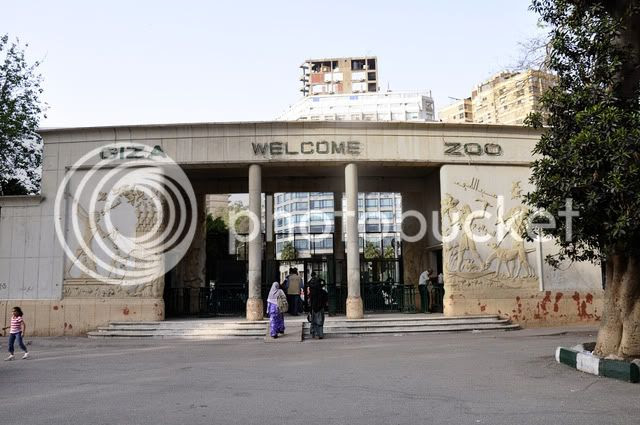 I'm not even sure where to start. As soon as we walked through the gates, a guide/photographer latched onto us and asked if we wanted to hold a baby lion. Before I had time to think about it, money was exchanged and we were whisked off to a locked area behind the lion cage. 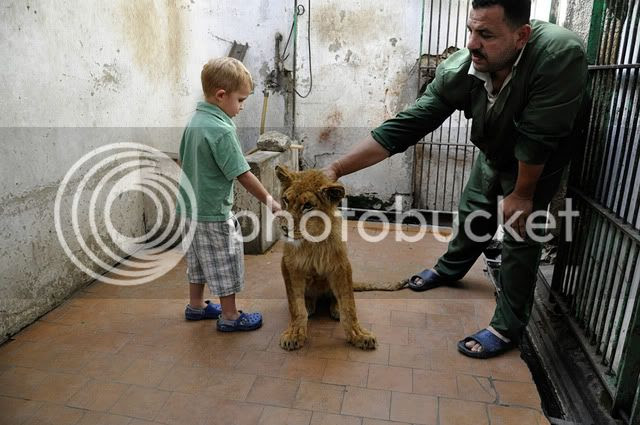 Is it just me or does that lionkeeper appear to be leaning away from the lion cub. 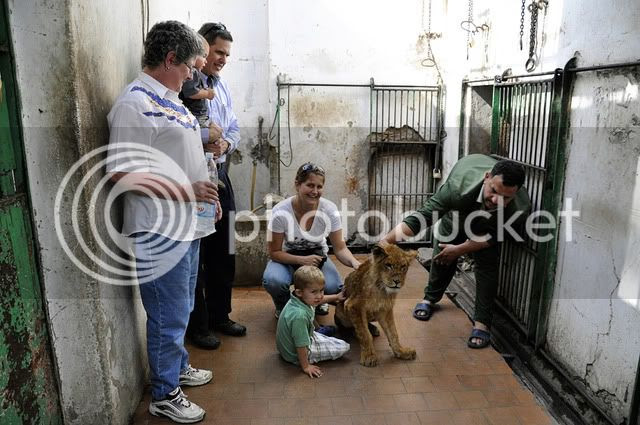 This lion cub was a year old. He was the saddest, sorriest looking creature around. Actually, all of the animals were pretty sorry looking- thin, bloated, missing hair/fur/feathers. 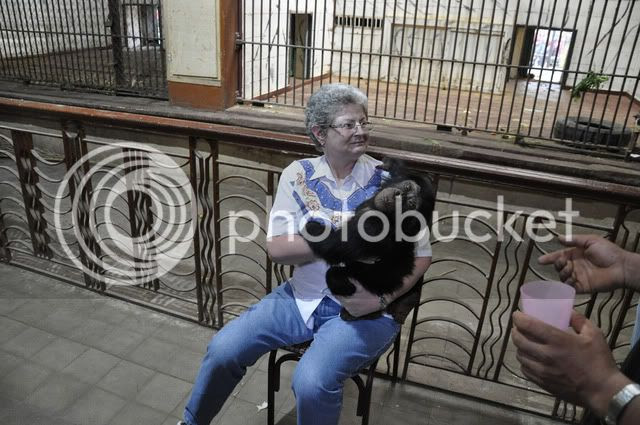 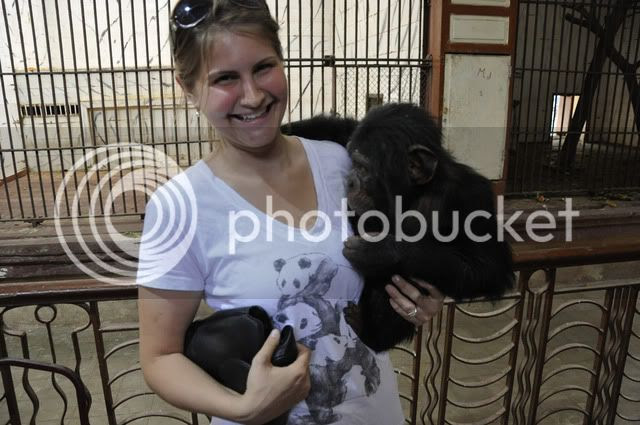 He was about the same age as Booker and weighed about as much as him too. 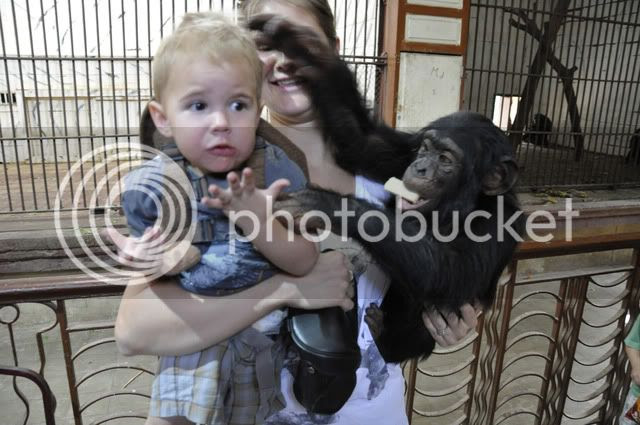 He was reaching for Ike's monkey backpack/leash here and enjoying Ike's cookie. 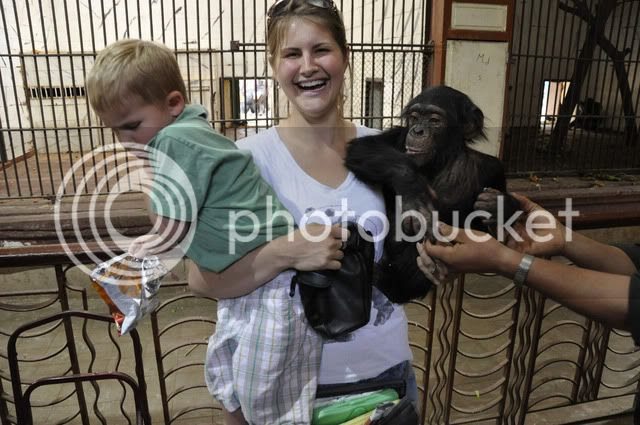 Booker did NOT like the chimp. After the lion and chimp experience, we dismissed our photographer but not before paying him his fee. Before he left, he insisted that we buy his photographs even though I had taken my own. He wouldn't take no for an answer. 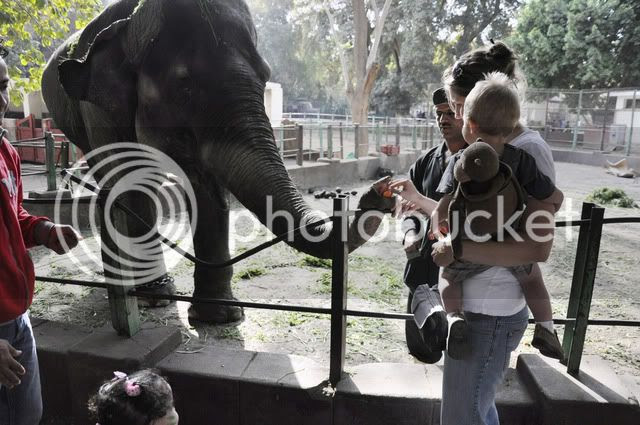 You had to pay everywhere you went. One pound to see the elephants. A few more pounds to feed them. There was even a woman outside the bathroom. If you needed to pee, it was going to cost you. As we left the zoo, I was worried we'd have to pay the security guard to let us leave. 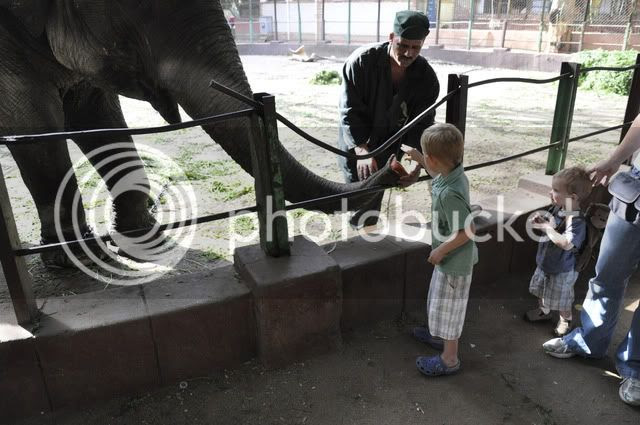 A few more pounds and you can hop into the elephant enclosure if you wanted. 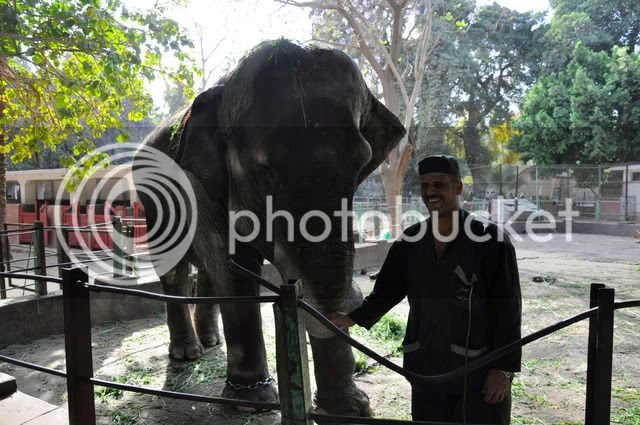 This elephant was really bloated. 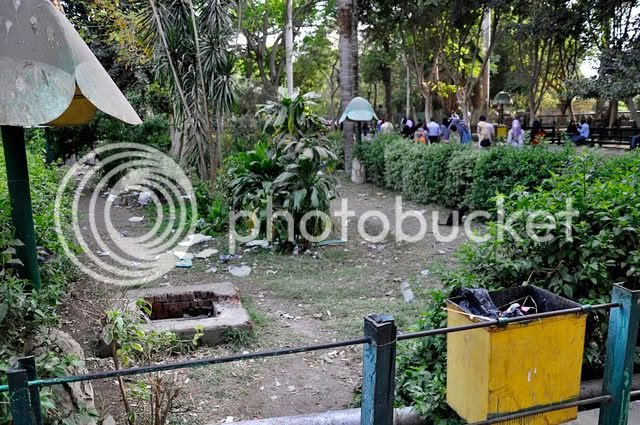 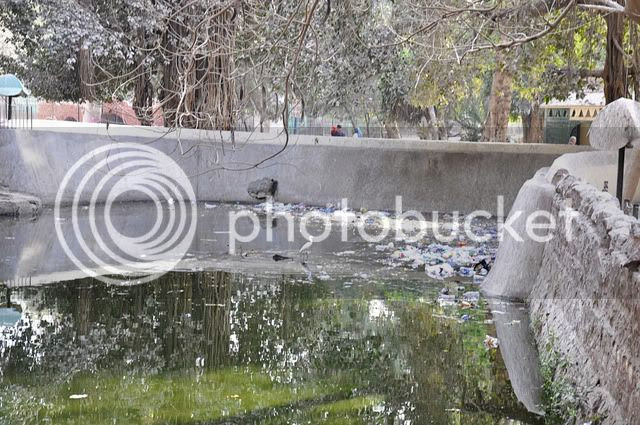 More garbage. I think this is where the pelicans live. 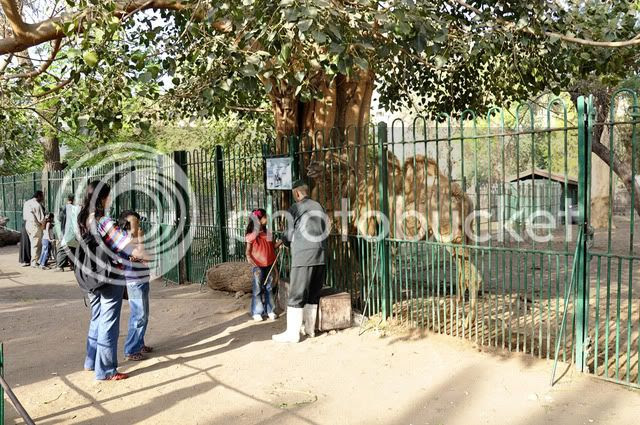 You can feed any of the animals. Just place some food on a stick and hold it out for them. 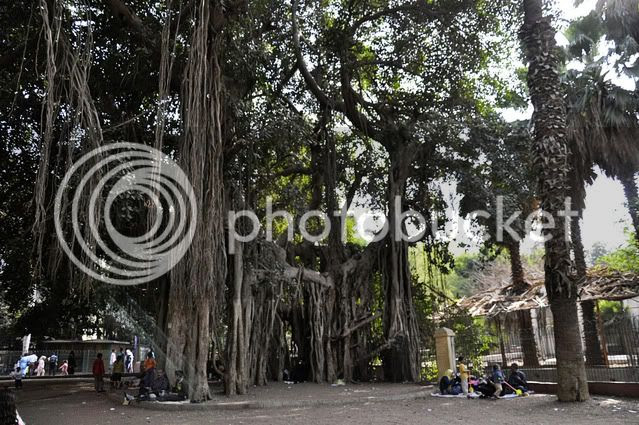 I thought this was a cool looking tree. The entire place was crowded with families who brought blankets and picnics to eat on the ground. Several families had hopped the low fences to eat right up against the animal cages. 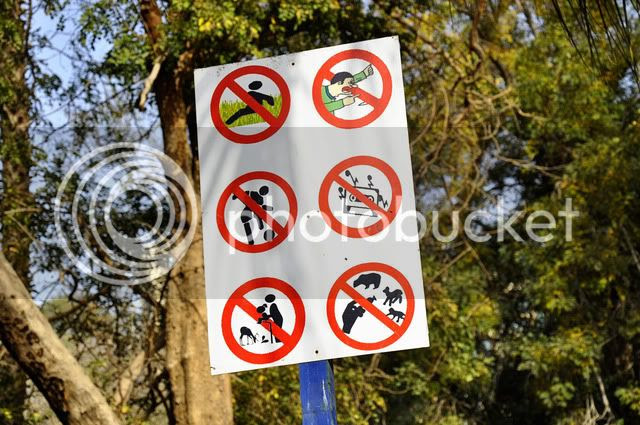 I found some rules posted! As far as I could tell, the only ones actually being observed were no yelling and shaking your fingers at the animals. But then again, we didn't see the whole zoo. It's pretty large. I'm sure somewhere, someone was wagging his finger and berating a llama.
Posted by Margaret Proffitt at 7:00 AM

oh my goodness! What an experience. -in every way. How fun!!? I am so jealous. Take lots of pictures and blog them! I look forward to seeing more!

Looks like you guys are having a great time; hooray! The zoo in Alexandria is just like that one in Cairo, only more pathetic, if possible, because it's smaller. Those poor animals.

Also, you are looking SO HOT lately. Seriously.

That ZOO!! I can't believe how they let you hold the animals. Crazy! I am totally fascinated by all of this and I am so glad you get to experience it all! How awesome. I miss you and can't wait for you to get back. In the meantime, we are enjoying your pool! Hopefully there won't be any permanent damage. :)

Wow! It sounds like you guys aren't having any fun at all. :)