This mosque was built in the 15h century by Sultan Al-Mu'ayyad on the site of the prison where he was incarcerated. Apparently, he vowed that if he were ever freed he would construct a mosque to replace the prison. The imam of the mosque was very kind and gave us a tour. He even invited us to stay and observe Mahgrib prayer from the roof.
The mosque is right next to the Bab Zuweila (the old city gates). 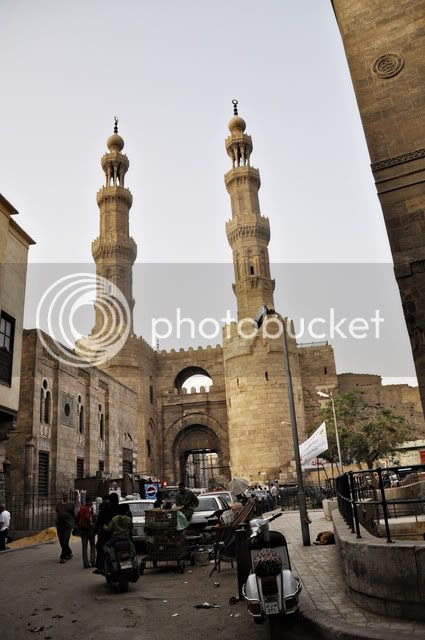 Booker, in true form, proved that his irreverence does not discriminate by faith. Let him inside your church/mosque/temple/whatever and he will try his best to disrupt your prayers. 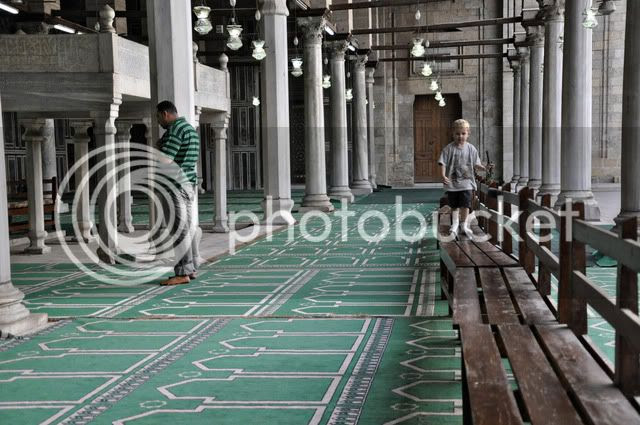 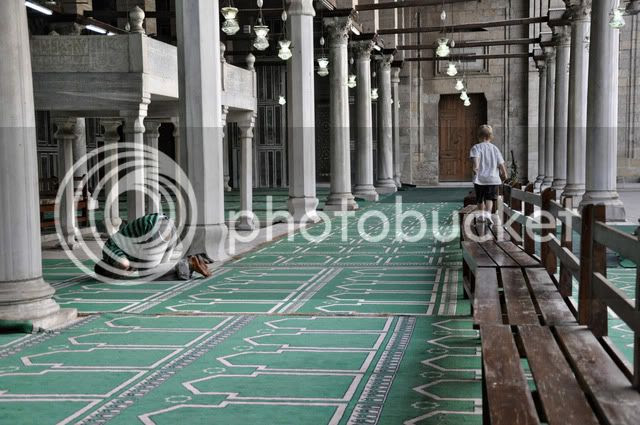 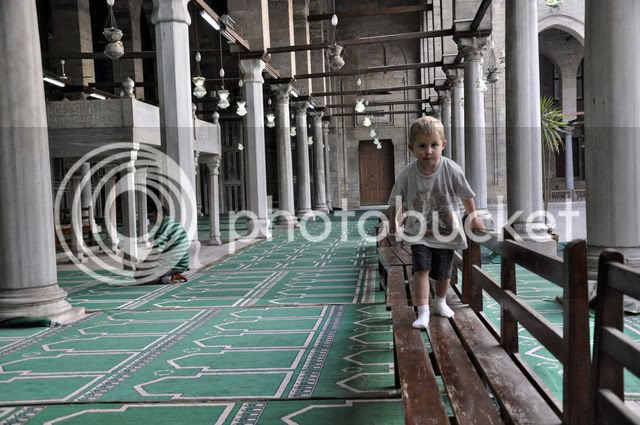 The qibla, mihrab, and the minbar. 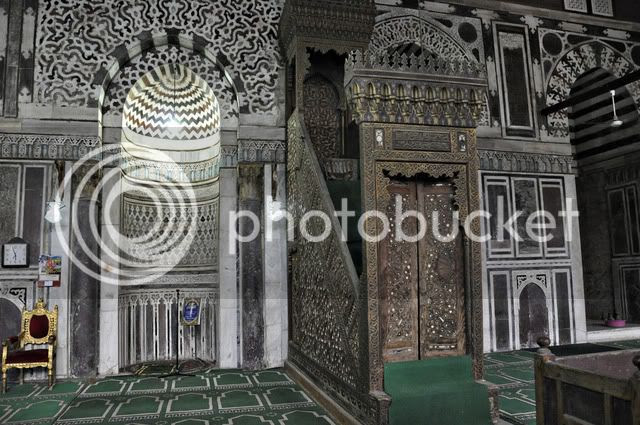 The iman let us onto the roof of the mosque where we had a beautiful view of the sun setting over the city. 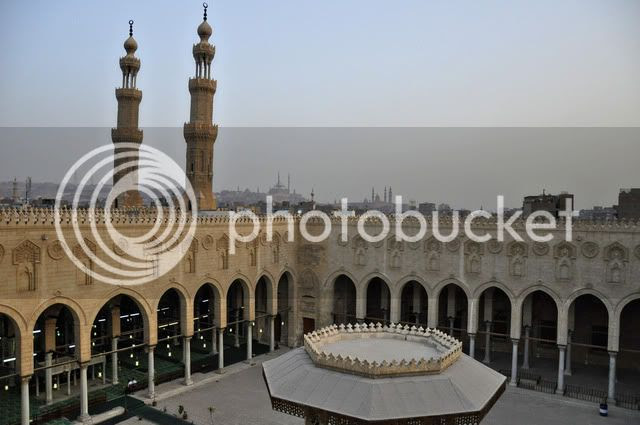 Booker was done touring at this point. 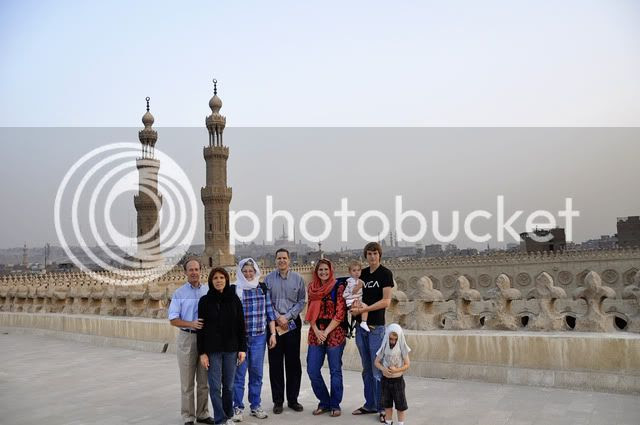 Posted by Margaret Proffitt at 12:54 PM

Oh man, you are getting a much better tour of Cairo than I did. When does your Dad leave Egypt again? I've got to get there before he does!

I think Booker was just trying to cover his head like the ladies. And boy is Chris HUGE>

My heart starts to race and I get so excited when I see a new post from you. I can't believe all the cool stuff you are getting to see and do!! I can't wait for the next post!

I'm with Emily on this one. On another note, Fergus can shake and roll over, he's a fetch and tug of war champion and when you come get him, Booker will be able to hold his leash and tell him what to do on walks. And we like him. He's a total hugger. Not a licker or a barker though. We like that.