After nearly 3 weeks here in Cairo, we finally made it out to the Pyramids. Here's my advice if you're planning on going to the Pyramids: go with my dad. That's pretty much my advice for anything you do in Cairo though. Not only did we have the usual security escort, but my dad also arranged to have an escort from the Ministry of Antiquities meet us and take us around. When I went to the pyramids ten years ago, I was mobbed by vendors trying to sell me crap AND someone grabbed my butt. When I went to the pyramids the other day, no one bothered me once. It was lovely. 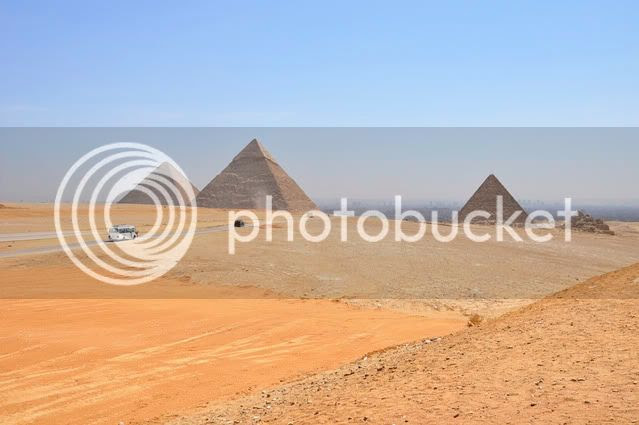 Booker was an unholy nightmare from the moment we stepped out of the car. It's like he knew that I had this huge day of touring planned and he was going to do everything to sabotage it. Our guide was nice and knowledgeable but clearly did not have any children. He kept pointing to Booker and saying, "He's so stub-borne. You know, stub-borne?" "Yes, yes. I know. He's a stubborn child. He really should be more compliant when I grab him and shove him into small dark tunnel that leads to an even smaller and darker chamber. Stupid stubborn child."
But when our guide kept pointing to Booker and saying, "What are you doing with this child?" as in, what kind of terrible parent are you? I just didn't know what to say. The more obstinate Booker grew, the more hands on our guide decided to get. Rookie mistake. Eventually I had enough and sent the boys home with my mom, but not before forcing both Booker and Ike to crawl into the King's Chamber of the Pyramid of Khufu, ride a camel and visit the Sphinx. 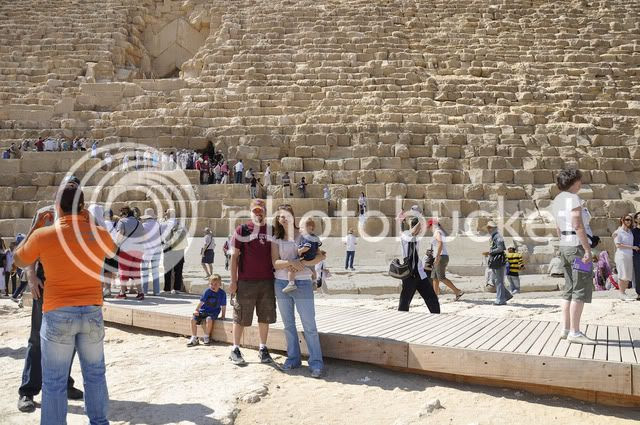 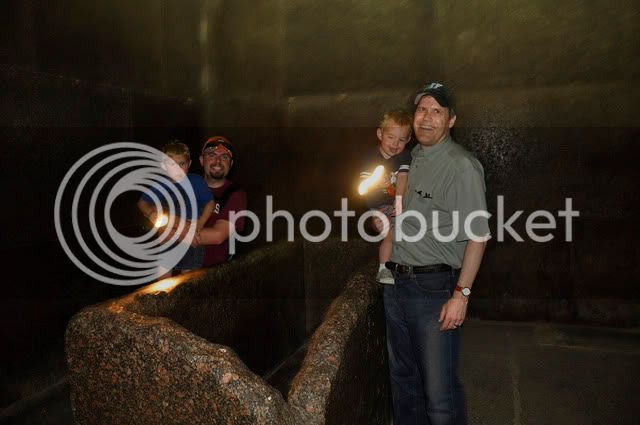 Here we are inside the chamber. It's was hot, dark and stinky but SO COOL. My dad has a pretty funny story about Senator Lieberman, this sarcophagus and some new age hippy. Ask him about it sometime. 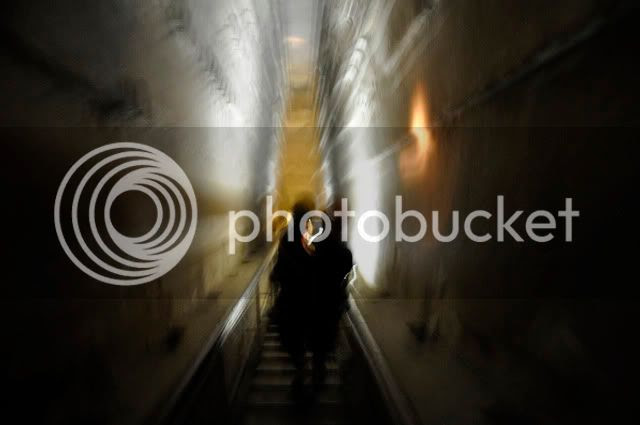 Next time you want to truly humiliate yourself in front of a captive (literally) audience of European and Japanese tourists, just drag your kicking and screaming children into a pyramid. There was no escape. 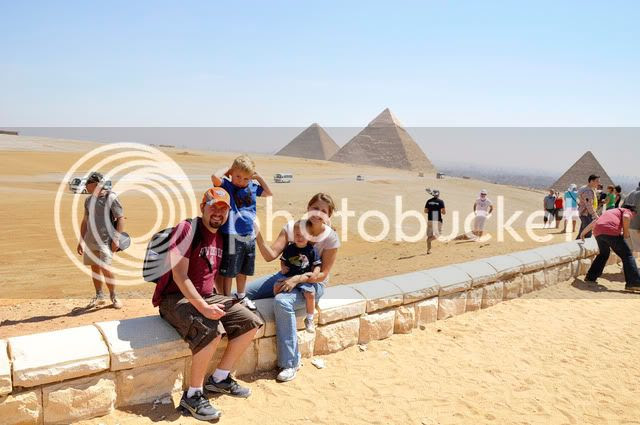 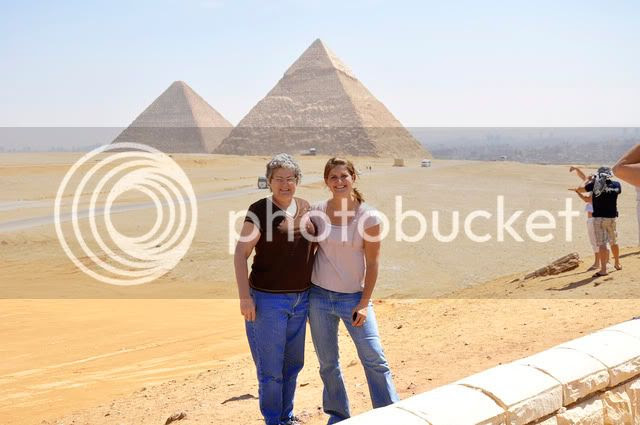 Check out my mom, she's still getting used to her new boobs. 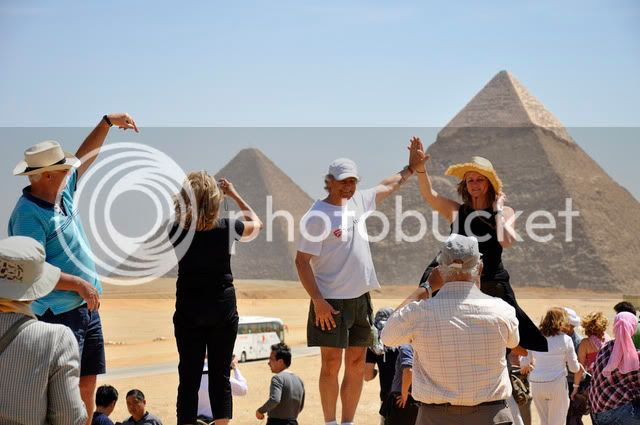 We saw everyone else doing this... 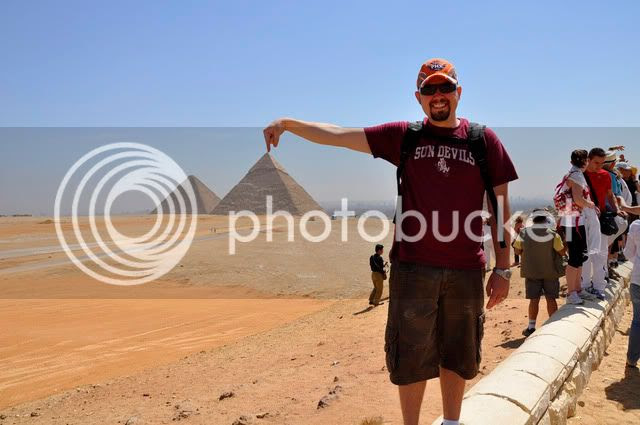 So we copied them. 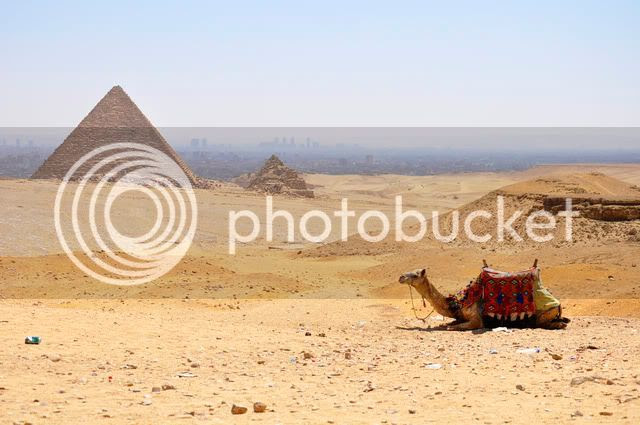 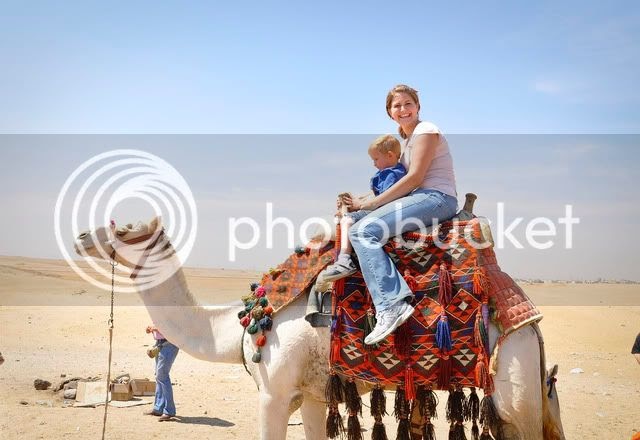 I took way too many photos to include of all them. If you want more, here's a slideshow.

I just found out that the cable that provides internet for Egypt is under construction so the internet here is so stinkin' slow. It's taking 10 times as long to upload photos and blog. So hopefully coming soon (like before I have to go back home in 5 days): the Sphinx, the pyramids at Saqqara, the pyramids at Dashur and celebrating Sinai Liberation Day at former President Sadat's home. It's going to be blog-tastic if the internet ever picks up again.
Posted by Margaret Proffitt at 8:56 AM

Leave Booker at home. He will be happier and so will you. We took Sam to Greece and he never got to the Acropolis. He was miserable and didn't want to go, so he went back home with Grandma, Ben had a great time and got so all the attention.

Margaret,
I love your shot with the camel in the foreground, the pyramids, and the city in the distance. Great shot.