The other day we went to a local grotto/aquarium/park. We showed up just at closing time, but with a little baksheesh we were through the gates and even had our own personal tour guide (not that we really needed or even wanted one.) 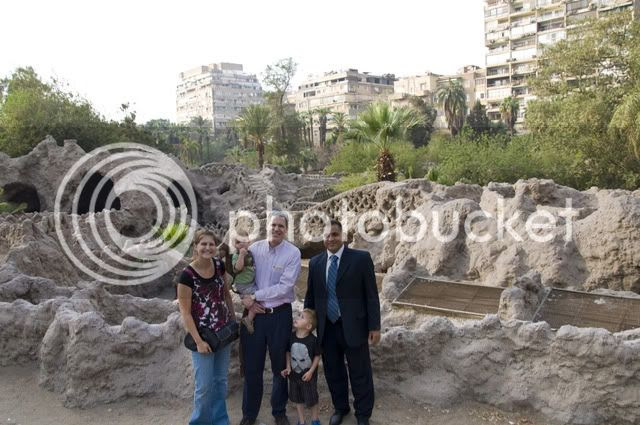 The man on the right is one of my dad's security guards. I would tell you his name but then I'd have to kill you. Here's what you need to know about him. He's good at making sure my kids don't get squashed by Cairo traffic when they exit the car. He's good at corralling a meandering Ike (and boy, does that kid meander even with his leash on.) He's good at getting into places that are closed and negotiating away entrance fees. He's probably good at kicking butt too but I haven't seen that yet. Hopefully I never will. And lastly, he's good at looking mean and intimidating even when following around a little leashed white boy. (By the way, Egyptians think the leash is hilarious. Several people have stopped, gawked, pointed and laughed at little Ike and his monkey leash. I imagine for them it's something like seeing a hairless cat being pushed around in one of those pet strollers. I'd point and laugh too.) 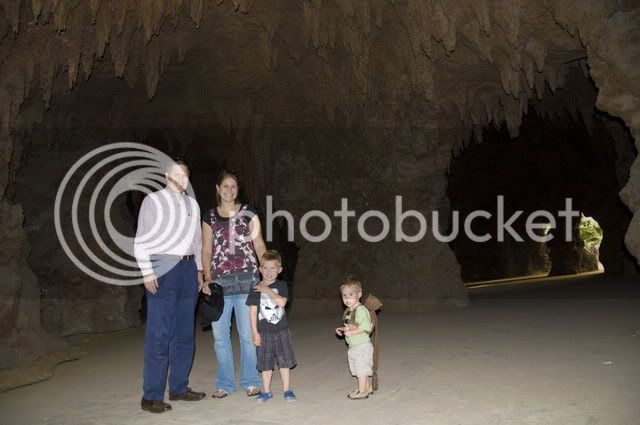 Here we are inside the grotto (with bats overhead.) From what little I could understand from the guide, we saw several not-so-interesting fish. Lots of tilapia and lots of catfish. 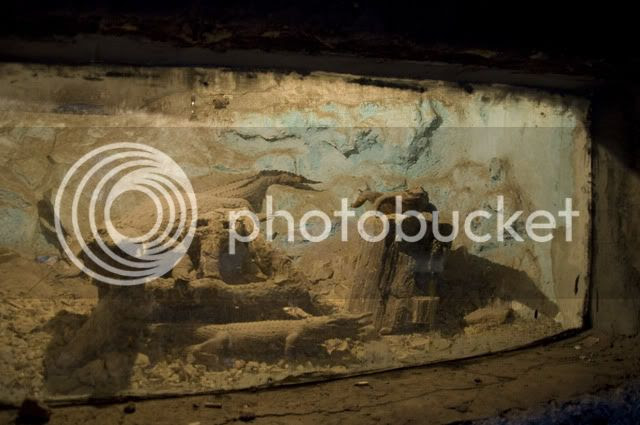 Here are some mummified Nile crocodiles. We also saw some really creepy mummified seals and sharks. And several of the fish weren't even fish any more. Just jars of dead fish. It's cheaper that way. We also saw lots of empty tanks with "pictures of the Red Sea" pasted on the back. I'm glad the entrance fee was only one pound (about 18 cents). The "fee" for the guide, however, was quite a bit more. 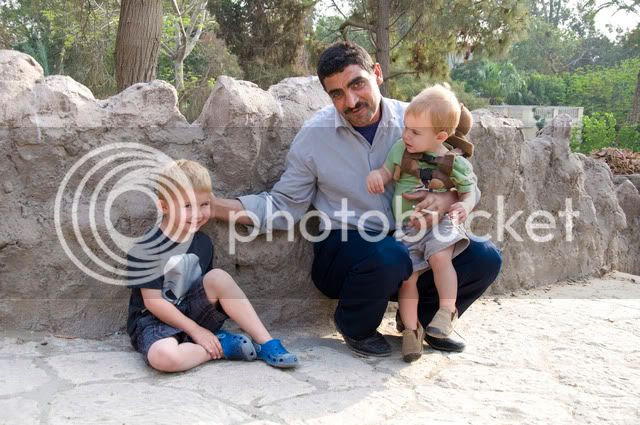 And here are the boys with our guide. At first I was worried that I hadn't brought the stroller, but it turns out this guy doubled as a stroller- carrying Ike around, pinching his cheeks and prompting lots of good stranger-danger faces.
Posted by Margaret Proffitt at 12:51 AM