Back when Istanbul was Constantinople, the hippodrome served as an arena for sporting events and other forms of entertainment. Nowadays there's not much left of it, especially since it was undergoing some pretty extensive renovations when we showed up. Basically it's a U-shaped race track with some interesting monuments in the middle. 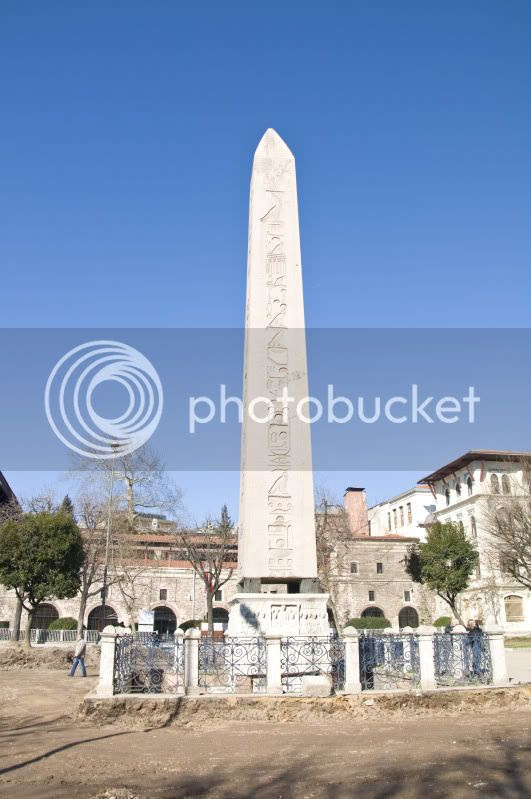 Like the Obelisk of Theodosius above. Back in 390, the Roman Emperor Theodosius took part of this obelisk from the temple of Karnak and brought it to the hippodrome in Constantinople. So the only ancient Egyptian monument we saw during this trip happened to be in Turkey and not Egypt. 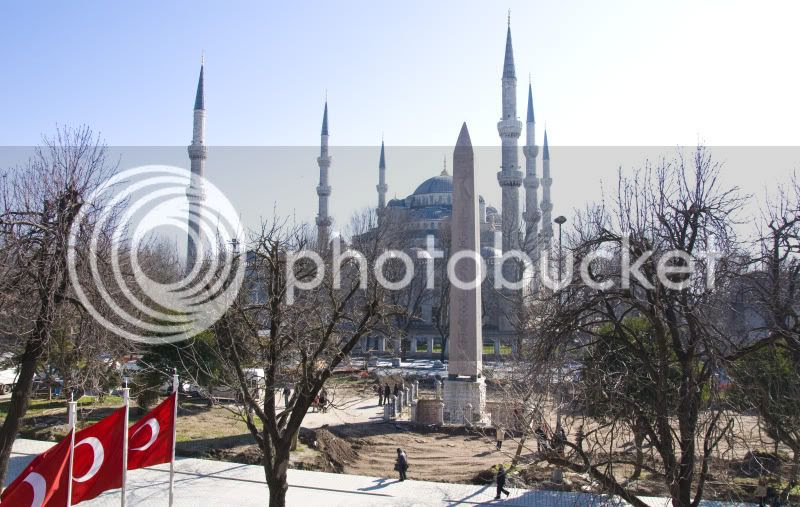 Hippodrome with the Blue Mosque in the background. 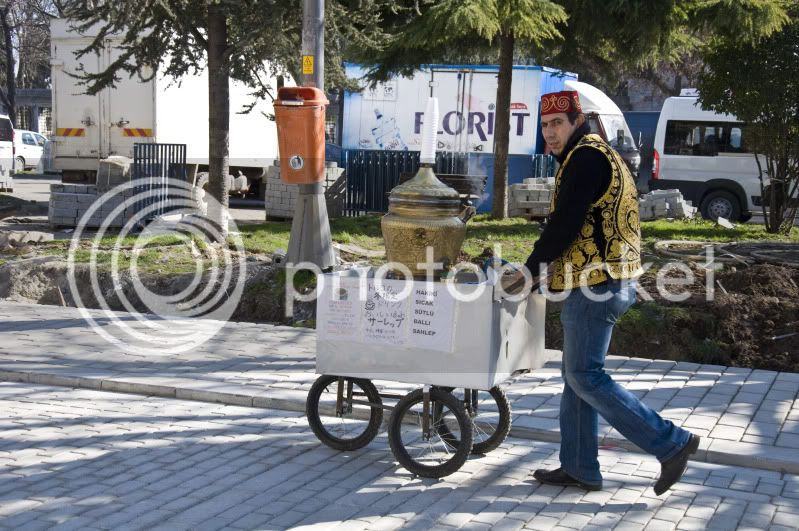 Hot drinks on wheels! I wonder if they served sahlep back during the chariot races?
Posted by Margaret Proffitt at 12:42 PM

Sorry for commenting on such an old post. We just got back from Turkey and when we were in Istanbul, I was so confused by the Hippodrome. Back in 2004 I remember it was deserted and uninteresting, but this time around it was packed with people and public eating areas and shops and everything. I see from your pictures that it was under construction or something. Thanks for solving this mystery! It was really bothering me - I thought maybe my memory was playing tricks on me.