Like I mentioned earlier, there were several cities that we could have been evacuated to. The embassy employees who met us at the airport in Cairo had no idea that I've always dreamed of seeing the Hagia Sophia* and that I'm obsessed with sahlep.**
*I can't remember where my fascination with this edifice began... probably in some art history class. A cathedral/mosque/museum? YES PLEASE! Plus, it was the perfect dream to cling to because it seemed so unlikely. I never thought I'd have the chance to visit Istanbul in my lifetime. Looks like I need a new dream. I'm thinking Machu Picchu.
**Even though I had my first taste of sahlep in Cairo, it's really a Turkish beverage. Everywhere we went in Istanbul, you could order a steaming cup of sahlep and that's exactly what I did.
So it was destined that I end up on a plane to Istanbul where I could stroll around the greatest surviving example of Byzantine architecture while sipping on delicious hot beverages. But just because I was glad to be in Istanbul, doesn't mean I was ready to be in Istanbul.
I remember grilling one of the consulate employees who met us at the Istanbul airport about all things Turkey, What's the currency here? What's the public transportation like? Can you drink the water? Where exactly are we geographically? Basic questions that I could have answered myself if I had been given any notice or access to the internet, neither of which I had in Cairo.
Our first day in Istanbul looked a lot like this... 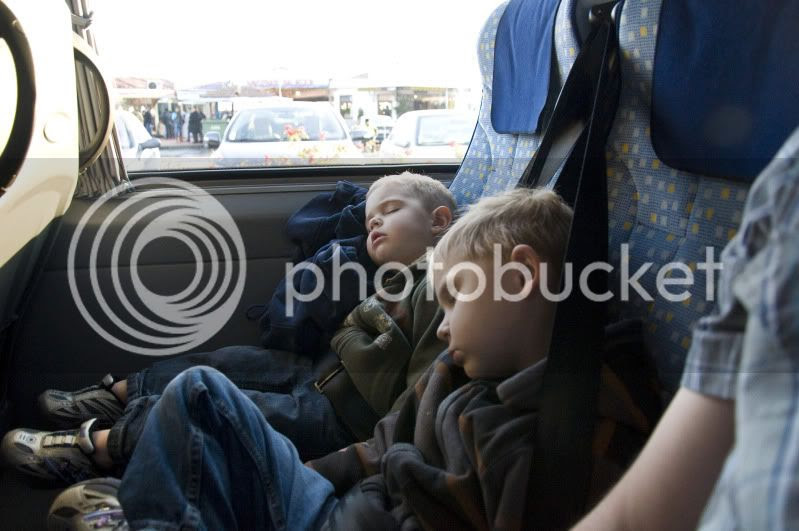 Here's an email I wrote to my dad and sister after Day 1:
Hey Dad and Marie,
We're settled into the Hotel Agora (a boutique hotel as it's called) in the heart of the historic district of Istanbul. From what I understand most of the sites are within walking distance. We'll stay here tonight for sure, but might try and find a cheaper hotel tomorrow. Although, I'm a little afraid of what a cheaper hotel might look like, this one is kind of crummy. And their idea of one king bed and one single is just three single beds, with two pushed together (actually with two that Clark and I pushed together). The boys are happy watching Spongebob Squarepants in Turkish.
Earlier today... After sorting out Mom's travel plans, all six of us headed down to the spa area of the Hotel Polat (where mom and chris were staying) and mom and I hung out at the turkish bath while Chris, Clark and the boys went swimming in the pool. After that, we caught the hotel shuttle to the downtown area of Istanbul. Clark and I brought our suitcases and all six of us walked about a mile with luggage on the crowded streets trying desperately to find our hotel. Chris had the heaviest and unwieldy-est bag of all and apparently some young woman tried to pick his pocket as he was walking. He felt her hand on his wallet and quickly swatted it away. People were happy to point us in the right(ish) direction and eventually we found it. We checked in and then headed back out to eat for the first time since breakfast. We found a little shawarma dive and the six of us ate and drank fresh orange and pomergranate juice. Then we headed to McDonalds for ice cream. Tomorrow we'll have to go back and order a McTurko burger. Then Chris stopped to get some roasted walnuts on the streets and we browsed a very fancy Turkish Delight shop. I bought Chris a box to bring back to Utah as payment for carrying my heaviest bag through the streets of Istanbul. He was excited to be out and about, but mom was pretty tired at this point. We said our goodbyes and mom and Chris caught a cab back to the Polat. They plan on waking up at 3 am to catch another cab to the airport for their 6 am flight tomorrow morning. It will be a hard trip for Chris but I'm confident that the two of them will make it!
So far, everyone has been very friendly and welcoming to us. On our walk back to the hotel, I think I promised 4 guys that I would come and eat lunch at their cafes tomorrow. Everything is so clean and organized compared to Cairo. Also, most of the prices are listed which makes me feel better. I still feel like I'm reeling and need to get my bearings though. As soon as I see any sort of tour book, I'm buying it right up. We're also unprepared when it comes to clothing. We might have to buy some cheap coats, hats and gloves. The internet is helpful, but it's slow and spotty. Mom's hotel gave us a map of the city that will probably come in handy. We'll try and check our email everyday and we'll check in to let you know that we're doing ok. Keep us updated on Cairo. Much love,
Marg
So there you have it. I don't remember much about that day, except that I had about 15 minutes to pick a new hotel. I browsed www.tripadvisor.com and picked one that offered free breakfast, a free airport shuttle and claimed to be close to the sites. The breakfast was horrendous and the free airport shuttle meant they'll call a taxi for you. At least it really was quite close to the sites. Plus, they had Turkish Spongebob and for that I'll forgive the Hotel Agora for losing power for an entire day and for the THREE times that random strangers walked into my room. 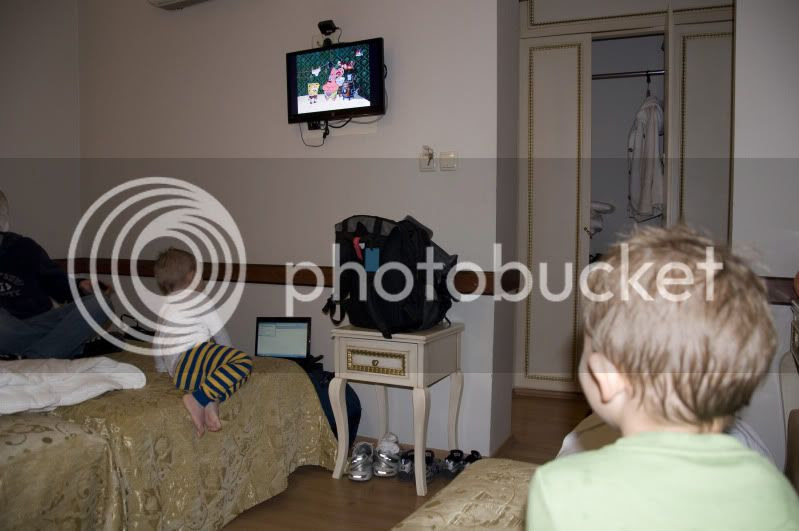 Here's a photo of us looking pretty ragged and cold. At least our bellies were full of meat and Turkish delight. Let the touring begin... 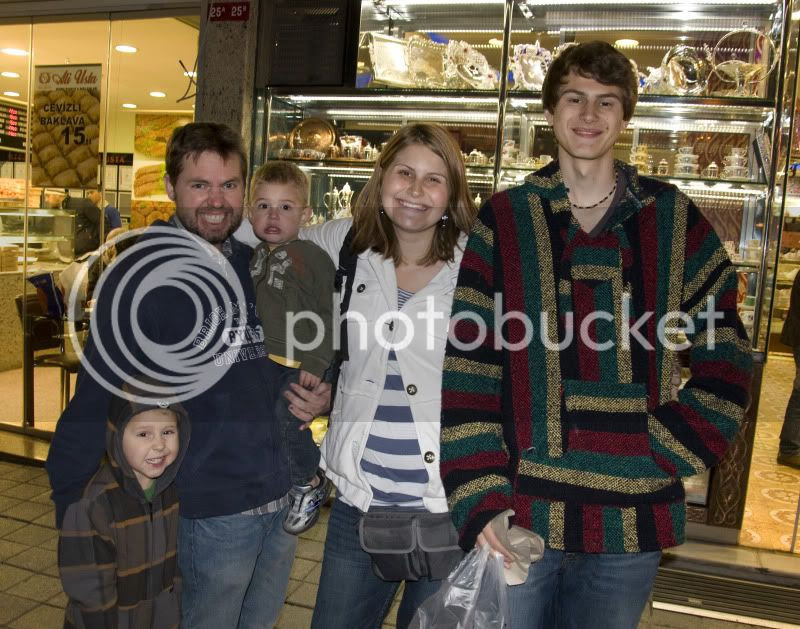 Posted by Margaret Proffitt at 6:54 AM

It was the ADORA hotel. Not sure where you got Agora, but spell it right when we slam them on tripadvisor for the crappy airport shuttle.

You're right! It is Adora. I don't know why I kept calling it Agora. Probably because that's more fitting than Adora. That place kinda sucked.