I've spent the day trying to dodge projectile vomit and exploding diarrhea. I smell like old formula and partially digested raisins. It's disgusting. So because Ike is in my bad book today, I going to share some cute Booker moments. Hopefully it will remind me of why I signed up for this whole mothering thing to begin with.
- Lately he's been insisting on getting himself dressed. Sometimes he gets it right. Most times he doesn't... 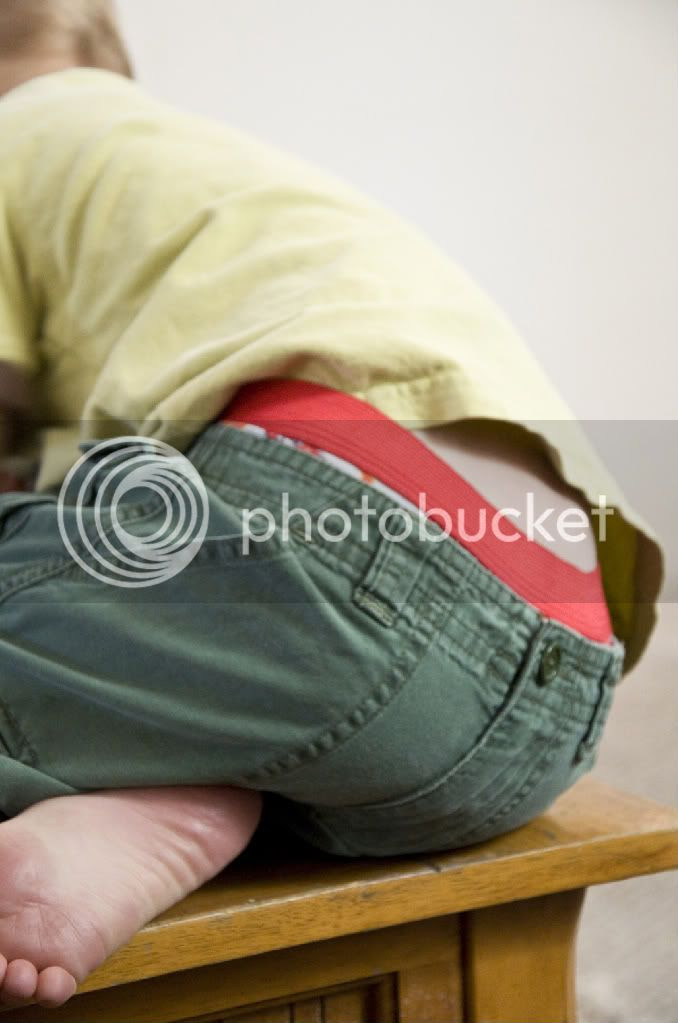 - As we drove home from California the other night, Booker was observing the moon when he announced, "Look, mom- the moon is like a T.V. show."
- After several bad cases of brain freeze, he now eats his popsicles "verwy swoly" and likes to get high fives when he doesn't get "bwain fweeze."
- As he was carrying out a pillow to lay on in the front room, he stopped mid-sentence to say "PILLOW FIGHT" and then whacked his brother with the pillow. He resumed his sentence like nothing happened.
- Whenever I'm gone without him, he tells his dad that I'm at a "weight watchers meeting."
- About 4 weeks ago he got an airbrush tattoo of a guitar on his arm. He kept asking who gave him the tattoo. I kept ignoring the question. When he asked for the umpteenth time who gave him the tattoo, I told him that "Steve" had given him the tattoo. Just this morning, he was telling me about "Steve" and his cool "rock-tar" tattoo. How does he remember that?!
- Despite having several cute pairs of shoes, he insists on only wearing his Thomas the Tank Engine Crocs that are 3 sizes too big for him. He trips a lot.
- When I pick him up from daycare at the gym, he always asks me if I "got big muscles that day."
Man, that kid cracks me up. He's my own personal comedian, which is great on days like today when vomit and poop don't seem very funny.
On a more serious note, at what point do you start to worry when your baby won't keep any fluids/foods down (or up)? He's vomiting up everything he eats and won't drink any Pedialyte.
Posted by Margaret Proffitt at 3:30 PM

Booker has quite the personality! So cute.

I see Emily already beat me to it. We have had several kids end up on IV in the hospital for one reason or another. It's all about the fluids. Don't wait too long.

Love it when they dress themselves. If it makes you feel any better, I have very vivid memories of Mitchell wearing his pants backwards to the gym every day for about a year. You would think it would be closer to 50/50. But no. ANd good for Teichert to puke all over the PA. I hate it when your kids start acting well right when you break down and take them to the doc. SO frustrating.